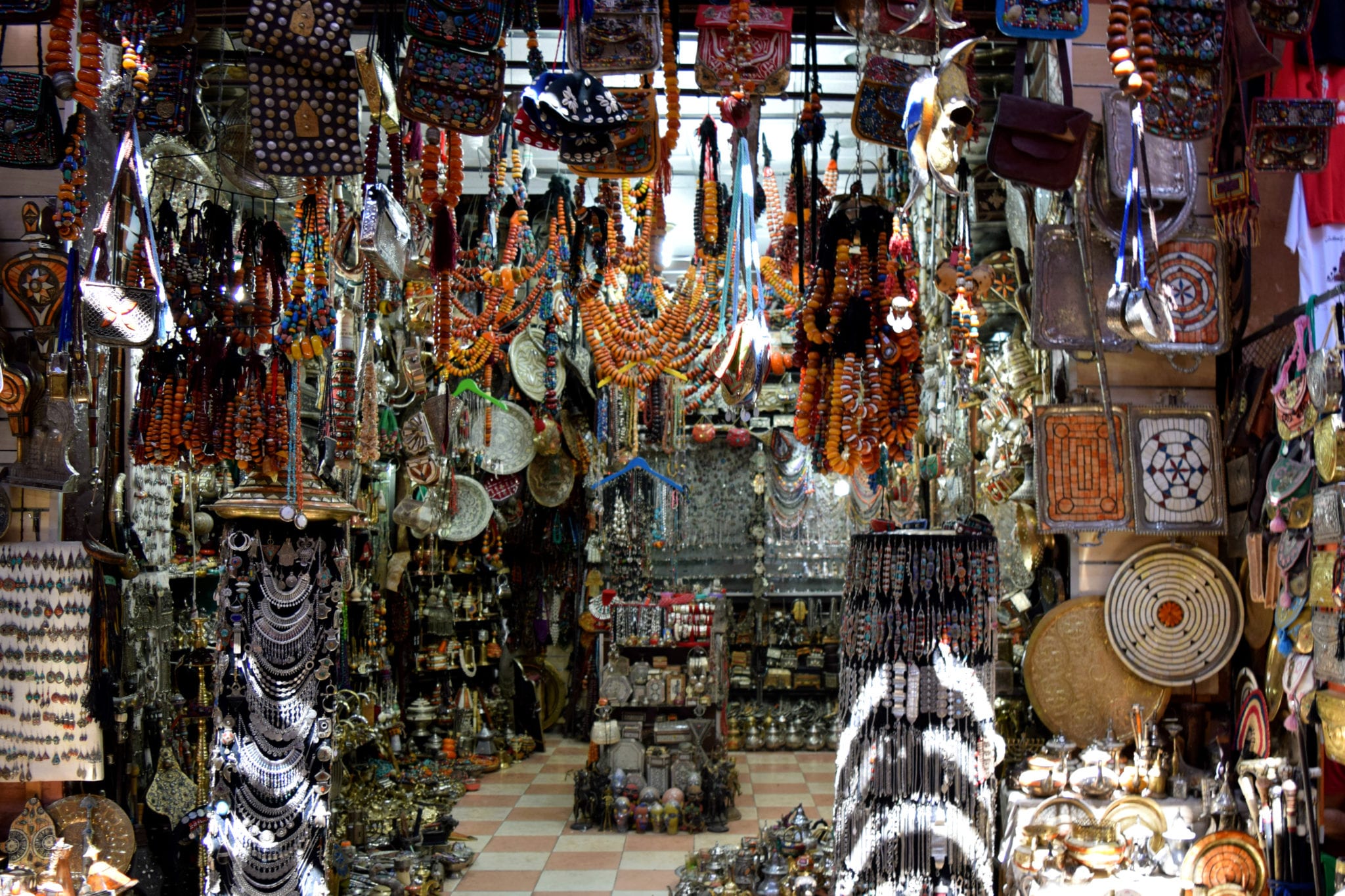 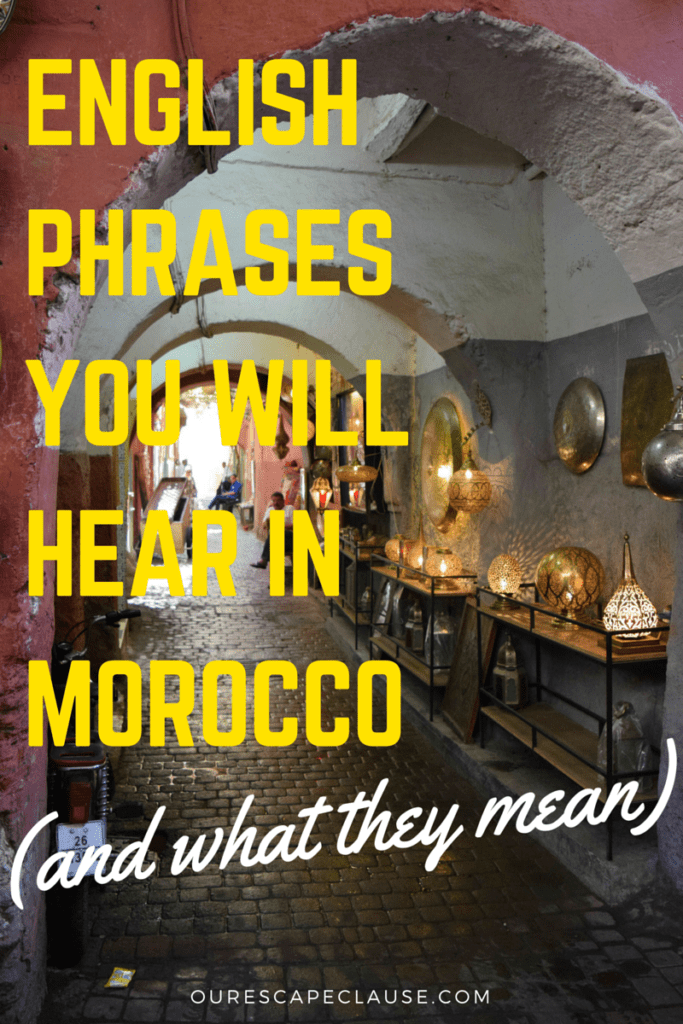 There are some phrases that we heard so often during our time in Morocco that we found them stuck in our heads, almost like a catchy song that you don’t like but can’t stop humming.

And, because this is Morocco, none of these phrases actually mean what they say–here are our rough translations:

“Market! Market! Tannery! Big Square!” — “Follow me! Maybe to my brother’s shop, maybe to your destination. Either way, you pay me.”

“Sorry! Excuse me!” — “Why are you still walking? Pay attention to me now!”

“It’s closed!” — “Everything is closed, except the place that will earn me money. Pay no mind to the dozens of other clearly operating establishments.” 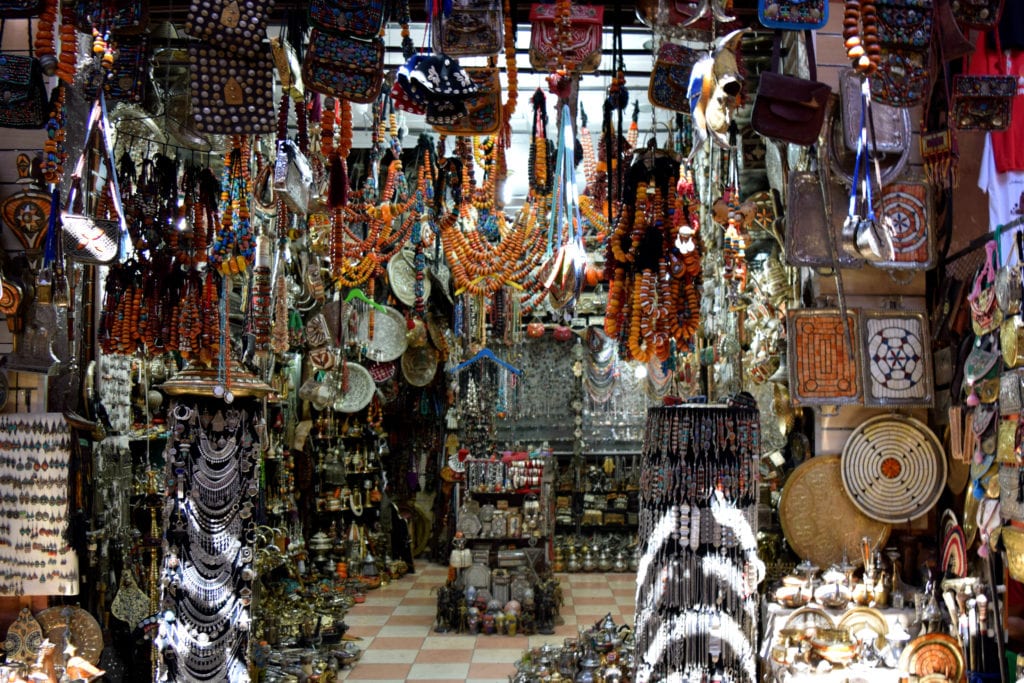 “You should smile, be happy, you’re in Morocco!” — “The fact that you did not give me money means that you are unhappy.”

“Why so angry?” — “Only angry people do not give me money, therefore, you are angry.”

“Wrong way!” — “Regardless of your direction or intended destination, it is not correct, since I am not delivering you to a place that I get commission from.” 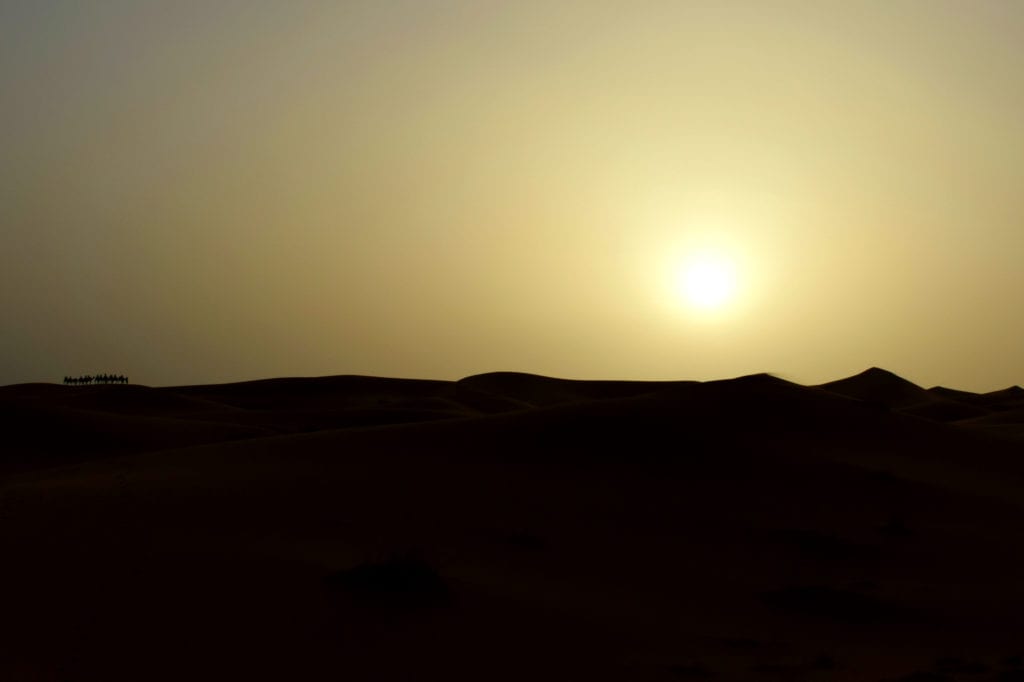 In all honesty, when I started writing this list as a half-joke to keep track of this ridiculousness, I fully hoped (and expected) to end it with a heartwarming section about how “not everyone was like that” and “the people were so warm and welcoming”. But frankly, that would be a lie.

We did interact with a handful of genuinely kind and welcoming people, but they were enormously outnumbered. What is sad is that there are no doubt tons of amazing people in Morocco–but the overall environment that is put forward for visitors makes it very difficult to trust any locals that you meet.

As much as I enjoyed visiting Morocco and found it to be incredibly rewarding (truly–check out my post on Marrakech or the Sahara–aka, the place that nearly every tourist I’ve spoken to agrees was the highlight of their time in Morocco), being there was incredibly draining.

Most people that we encountered treated us like a walking piggy bank, from store owners to small children. Being shortchanged and having to fight for our money back was an almost daily experience, the Marrakech tanneries were a nightmare, and “constant vigilance” was definitely a thing (thanks, Mad-Eye). 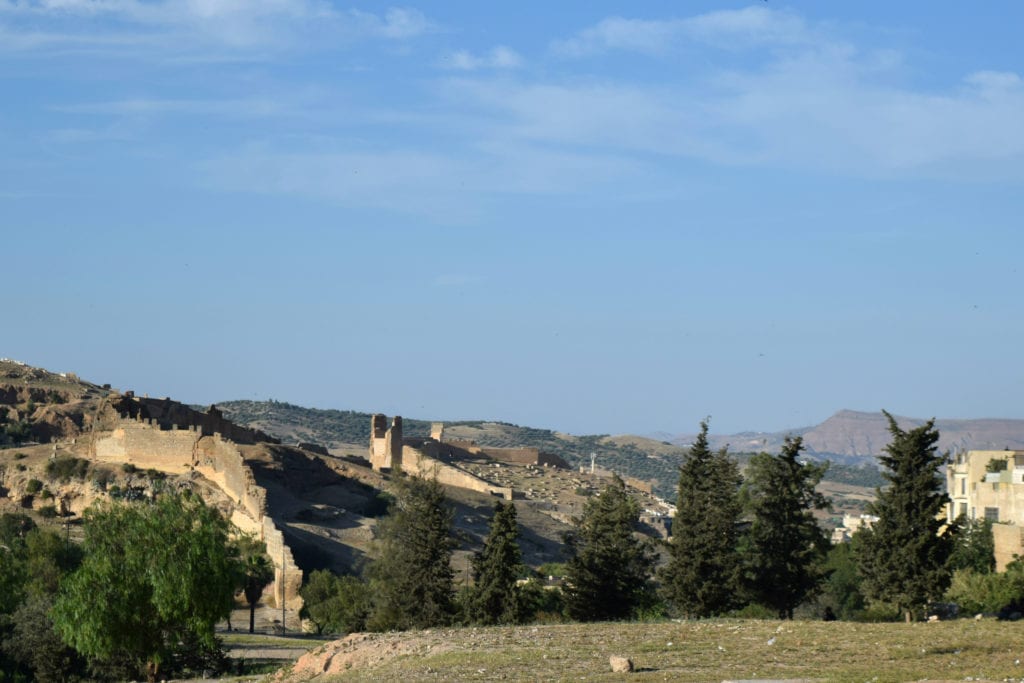 Men were particularly aggressive with me–not in the sexual way that many women report (I’m hoping that my wedding ring, Jeremy being present, and attempts at relatively modest clothing helped there), but they were consistently aghast that I would not immediately acquiesce to handing over my money and attention at their demand.

While I am happy to admit that my “non, merci” ‘s and “la, shokran” ‘s came out quite a bit sharper than Jeremy’s by the end (I have never been one to tolerate this attitude well, and I got mobbed much more aggressively–to no one’s surprise, Jeremy was never the one told to smile, regardless of the fact that neither of us were smiling to begin with), I did my best to walk the line between polite and firm.

While both our firm “no’s” tended to be respected by shopkeepers, restaurant tenders and “guides” were much more inclined to follow me and leave Jeremy alone after we told them no, expressing their distaste in any number of ways for my dismissive attitude. 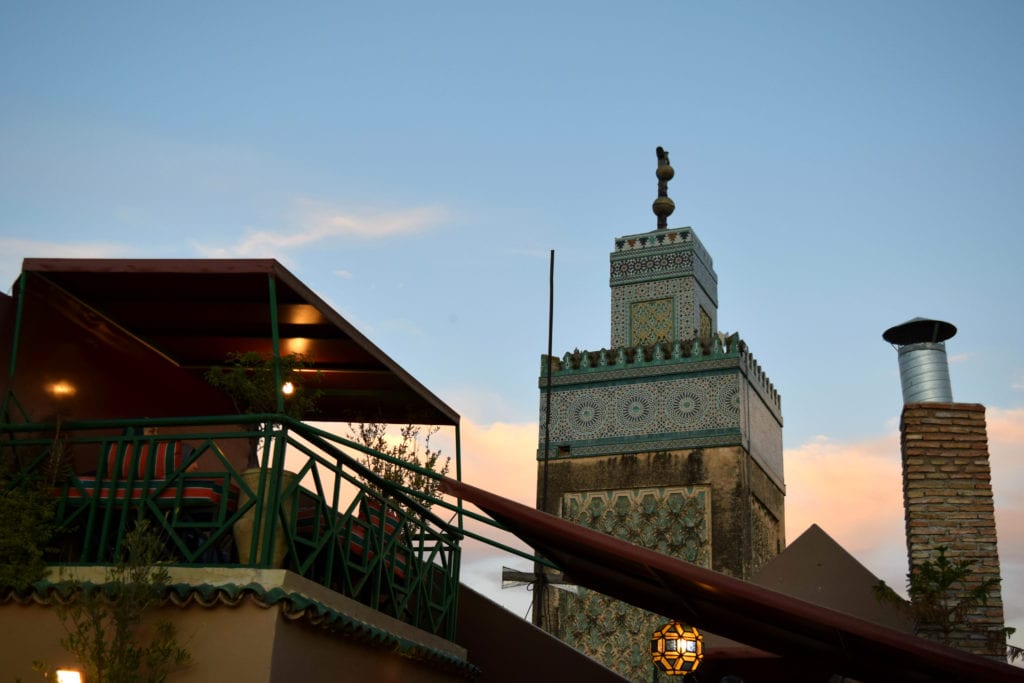 I would even like to say that “this was only in the large cities!”, but while it is true that people were much more aggressive in Fez and Marrakech, the attitude in the smaller towns was quite similar. Smaller towns did offer some reprieve in sheer numbers:  in places like Chefchaouen, the less dense population significantly diluted the effect and helped us find some space to relax.

Chefchaouen was, though, home to some particularly interesting moments–there were several men who did not want to take no for an answer during their intense attempts to sell hash, and one rather peculiar young boy who shouted a half-hearted “it’s closed!” at us as we walked back to our room, despite the fact that all the shops were closed for the night and we were in a residential area.

None of this makes me sorry that I visited Morocco. It is a fascinating place, unlike any other that I have visited. We grew as travelers here, tested our boundaries, and learned a lot. 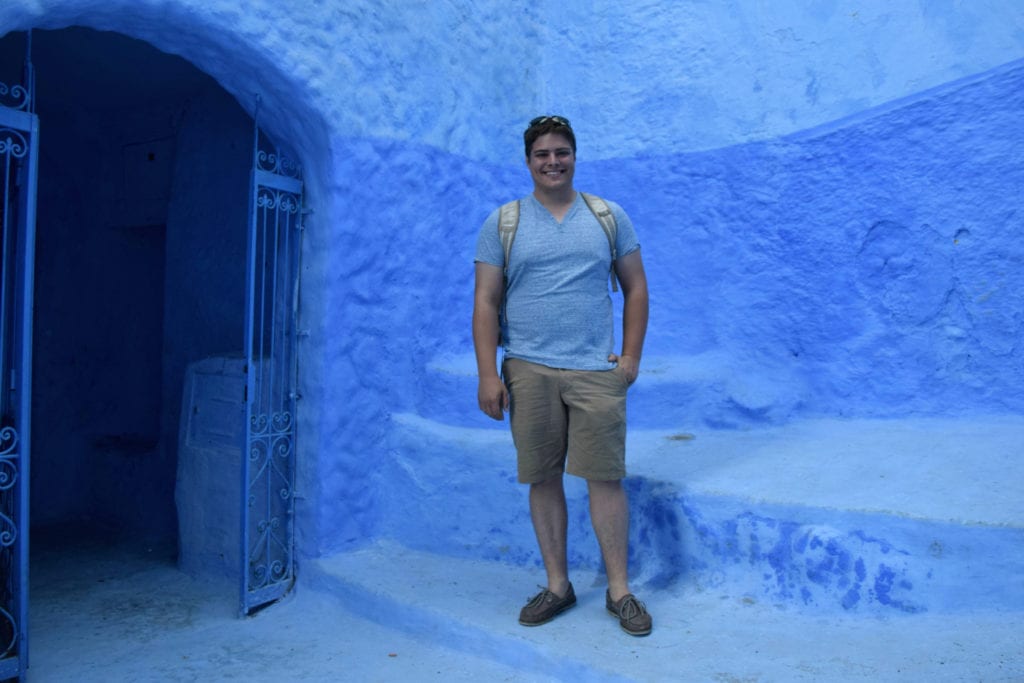 That being said, the constant stream of people attempting to manipulate and cheat us added a significant layer of stress to the trip. Days 1-4 were perfectly fine, days 5-7 it started to get old, and day 8 on: we were so done. Like other “small” stresses, it creeps up on you, and you don’t realize how quickly you’re reaching your limit until you’re already there.

Lauren at Never Ending Footsteps wrote several posts about her up-and-down Morocco experience, and even though her trip was a few years before ours, she sums it up so well: the glorious scenery, the incredible adventure… and the overwhelming hassling that eventually exhausts your tolerance.

I’m so glad that I ventured into Morocco and will likely even return one day, but while most destinations have me dreaming about quickly I can get back there on the ride away, I was somewhat relieved to say “see you later” to Morocco.