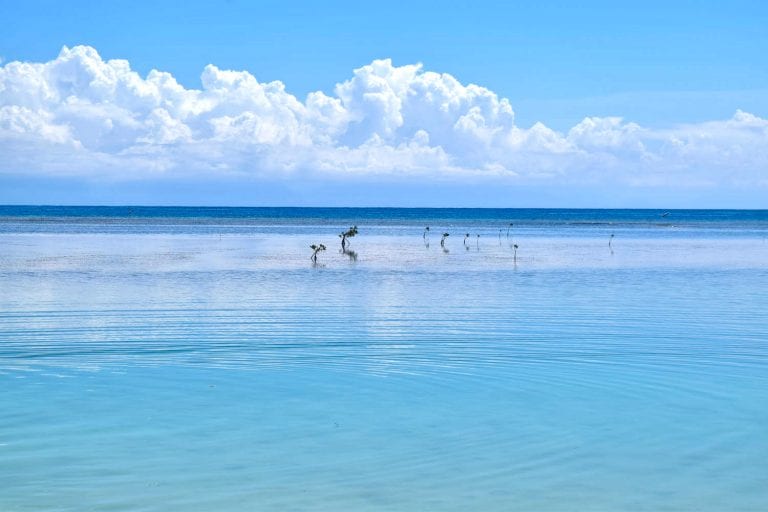 The shouts came rapidly, urging the crowd forward. The buckets moved up the line: paint buckets, milk cartons, everything in between. 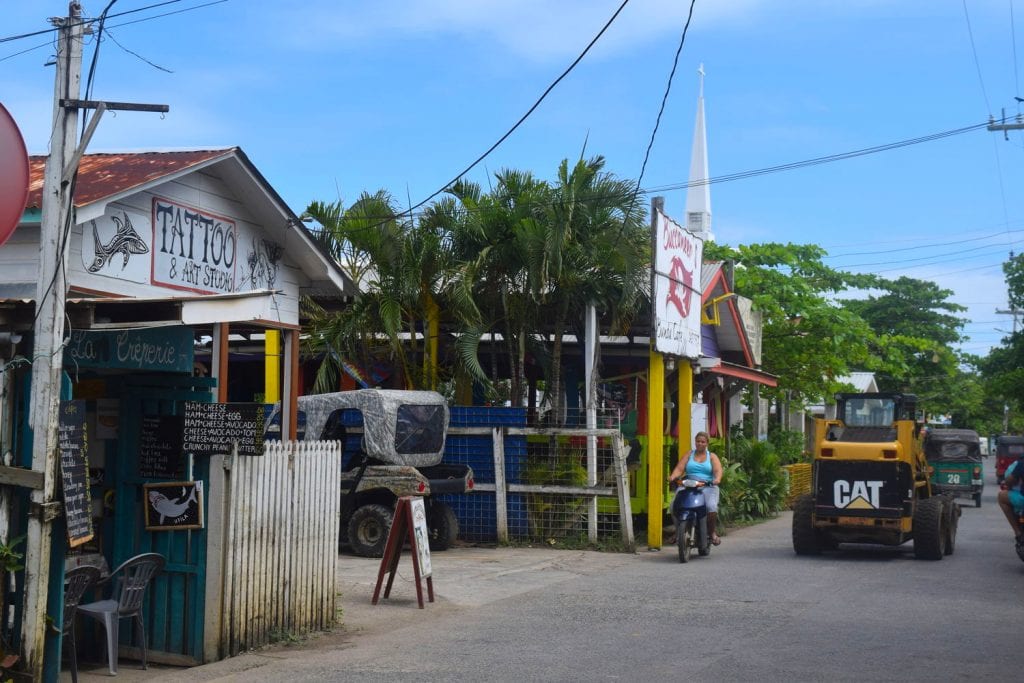 When we lazily peddled the bikes we had been renting down Utila’s main drag to return them to their owner, we were expecting a ride like all the rest we had had on the island: quiet and peaceful, with perhaps the occasional requirement to maneuver around a tuk-tuk.

What we were not expecting was to become impromptu firefighters for the first time in our lives.

We made it to the bike shop just in time to return the bikes, minutes before the road was completely blocked by an enormous crowd.

As we swiftly returned the bikes, curious about what was drawing hundreds of people to one place on an island that normally saw crowds numbering in the dozens (if that), a young man ran into the shop, soaking wet: “Buckets? Buckets?” he asked the shop owner urgently in Spanish.

She quickly handed them over, and we followed the man back outside, where he immediately disappeared into the growing crowd. The source of the commotion was now obvious: in the time we had spent in the bike shop, billows of smoke had started pouring out of a nearby restaurant.

We are far from firefighters, but what were we supposed to do? Leave? We threw ourselves into the crowd, quickly finding places among the many lines. It was a bucket brigade, we quickly found out, fighting the fire the old-fashioned way: by passing water from one person to the next, held in whatever containers could be rustled up from the neighbors.

The goal was obvious: saving the restaurant that was on fire would be nice, but more importantly, the fire needed to be prevented from spreading to the surrounding houses and shops, all made of wood. Utila doesn’t have a traditional fire department. Many of the residents do not have insurance. A spreading fire could devastate the community.

Luckily, if there wasn’t a traditional firetruck, there was a plentiful source of water: the Caribbean Sea itself, located only 150 feet or so from the fire.

Our shoulders ached later, but at the moment, adrenaline kept us all moving fast: kids as young as seven or eight sprinted to the sea with empty buckets, where they were filled and passed back up a long line composed of locals, expats, and tourists alike.

Face masks were passed out, helping with smoke inhalation. Some locals ran in and out of the building, getting up close and personal with the flames in the back of the restaurant.

Eventually, two firehoses were brought to the scene, and run directly from the sea to the fire: one leaked profusely, but they helped. People immediately dispersed to make sure that the hoses ran smoothly and didn’t have kinks in them blocking the water, and the gaps were instinctively filled in the bucket line, the remaining people spreading out. 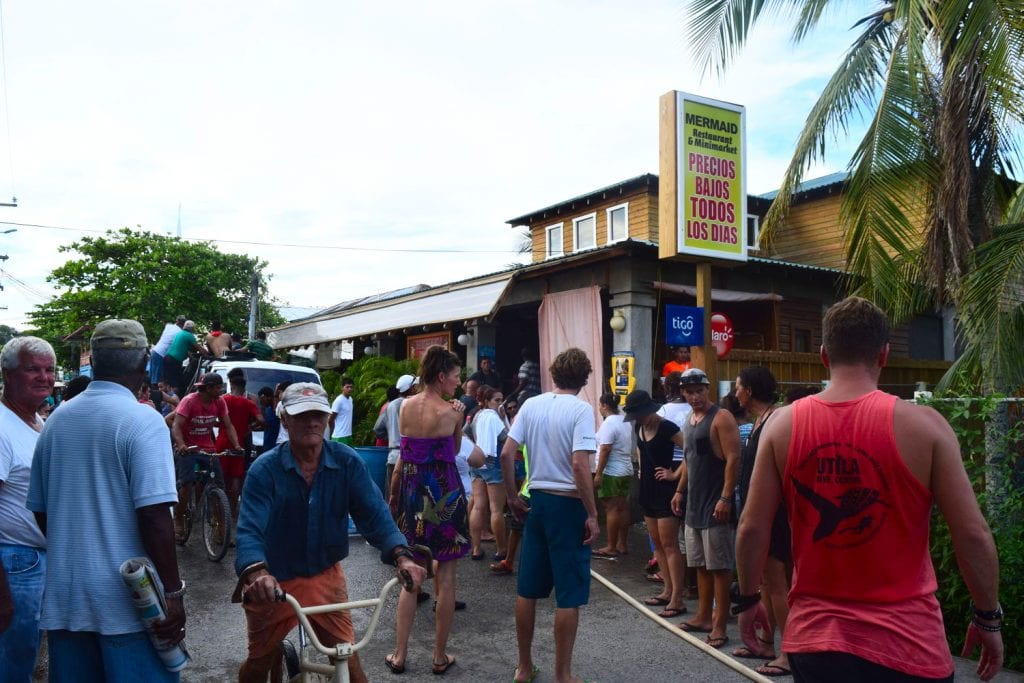 After what felt like hours, a firetruck of sorts arrived–not a firetruck like we’re used to seeing in the United States, but a truck all the same, capable of holding a large water supply and parking directly in front of the building on fire.

The fire slowly came under control: it didn’t stop, exactly–estimates were that that would take all night–but it no longer required much manpower to keep it under control and was not a danger to any of the surrounding buildings. Employees from a local dive shop arrived on the scene with oxygen to help those who had been closest to the flames and billowing smoke.

It was then, finally, that we learned what had happened: an electrical fire–no one’s fault, just one of those things. The outcome was as good as anyone could have hoped for: no one was injured or killed in the fire (though one volunteer firefighter was transferred to La Ceiba for treatment due to smoke inhalation).

No other buildings were damaged. The owners of the restaurant had insurance to help with what came next. 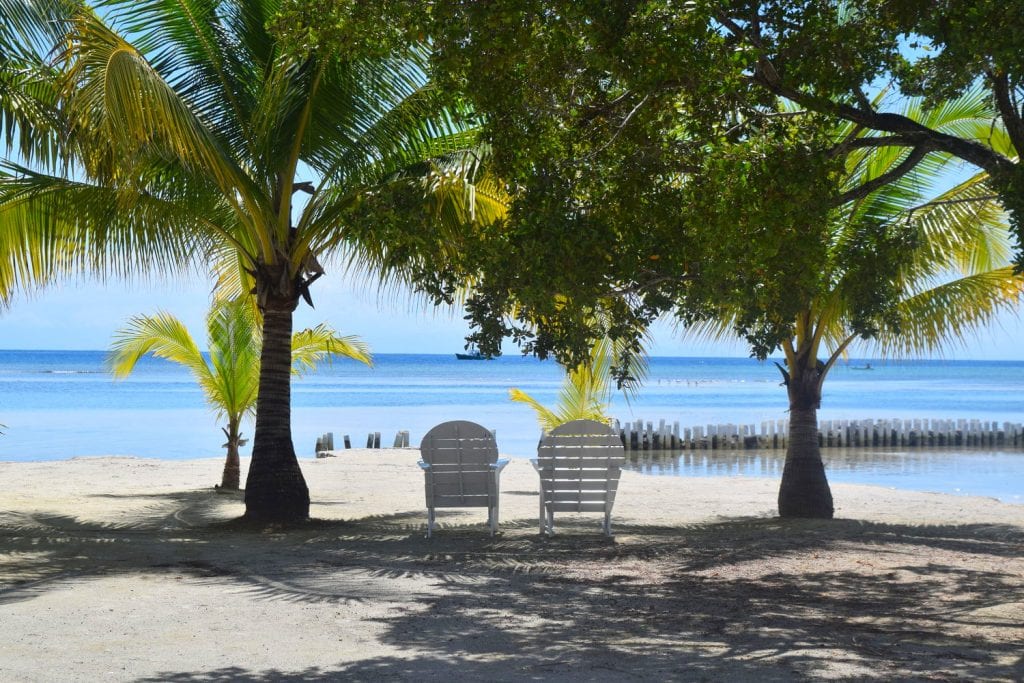 We felt so many things about the fire we saw in Utila: empathy for the business owners whose livelihood had been damaged. Relief that there were no fatalities and that the fire did not spread.

Gratefulness that, if there had to be a fire, it happened in a place where the community was able to access it quickly and get it under control–a few streets further inland, the Caribbean Sea would not have been the that asset that it was in this case.

READ NEXT
Show Me The Money: Travel Budget for Honduras

It feels selfish to type it, but as awful as the situation was in many ways, it was also heartwarming to be reminded of the genuine goodness of people: watching local women in their seventies fill buckets next to tourists in their twenties, this fire was a valuable and basic reminder that in general, people are good, helpful, and kind.

I hope that we never experience a fire like that again–I hope that no one ever has to, because it means someone is losing something of value to them–but we will never forget the experience of helping out in a small way with this one. 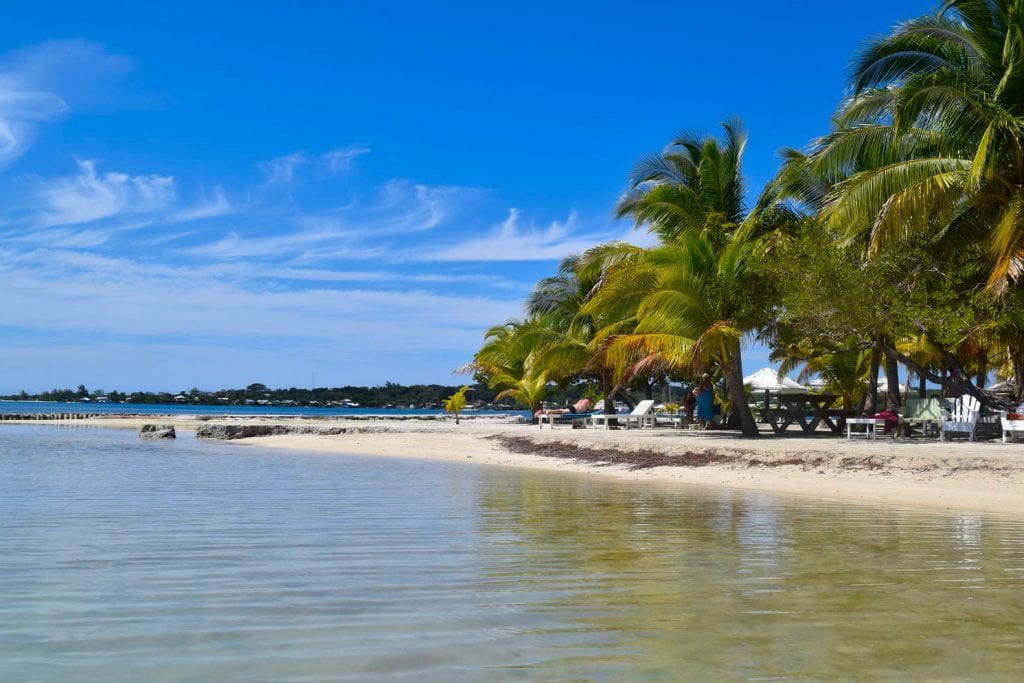 8 thoughts on “Fire on Utila: An Unexpected Afternoon on Island Paradise”