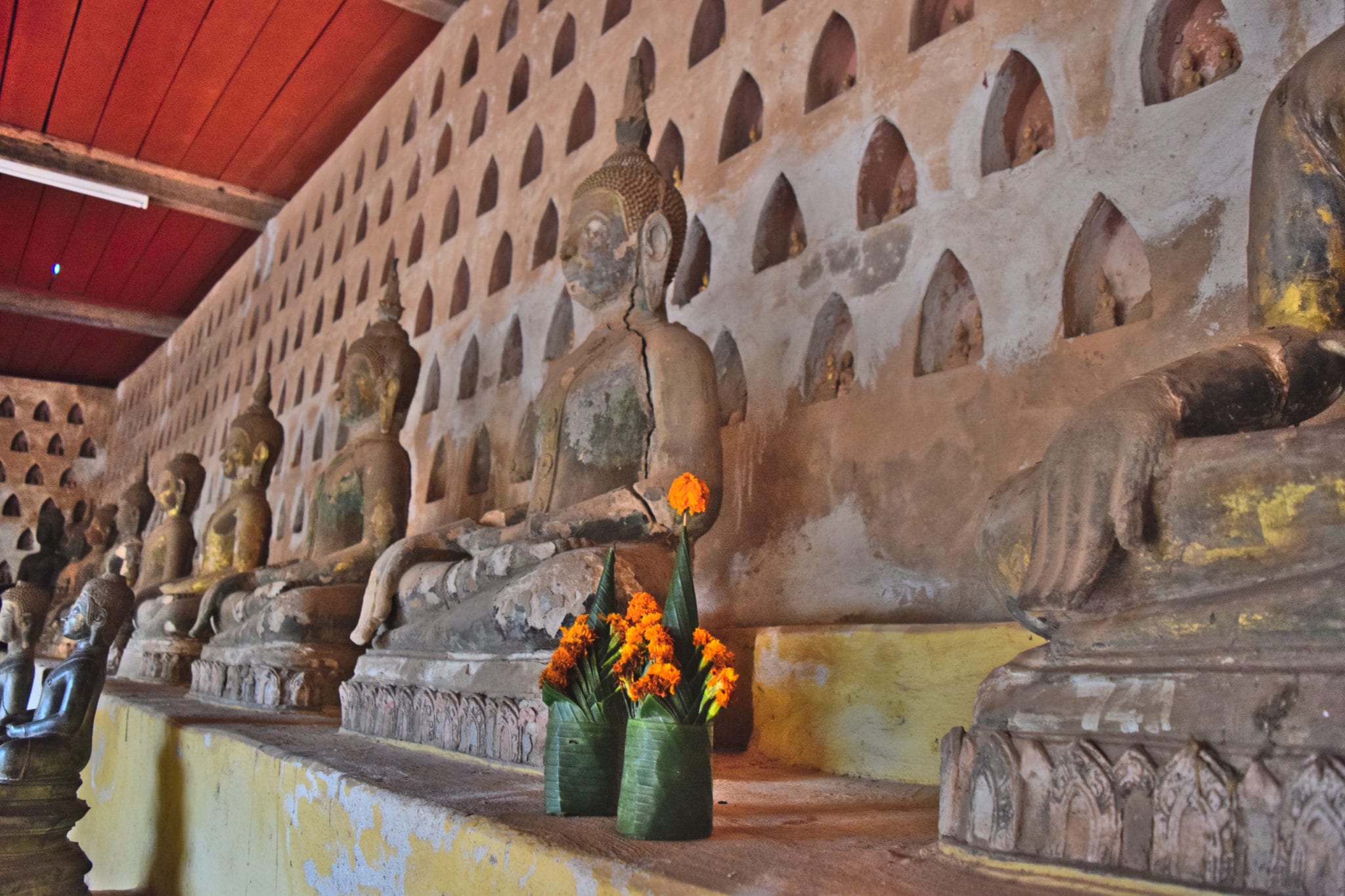 Laos’ sleepy capital of Vientiane doesn’t have the greatest reputation among tourists: browse online forums and you’ll find descriptions like “dusty”, “boring” and “not worth seeing”. Jeremy and I had a different take–while we would never want to dedicate a huge amount of time to the city, we loved our one day in Vientiane–and we managed to see most of the best things to do in Vientiane while we were there.

Here’s how to explore the best of Vientiane in one day! 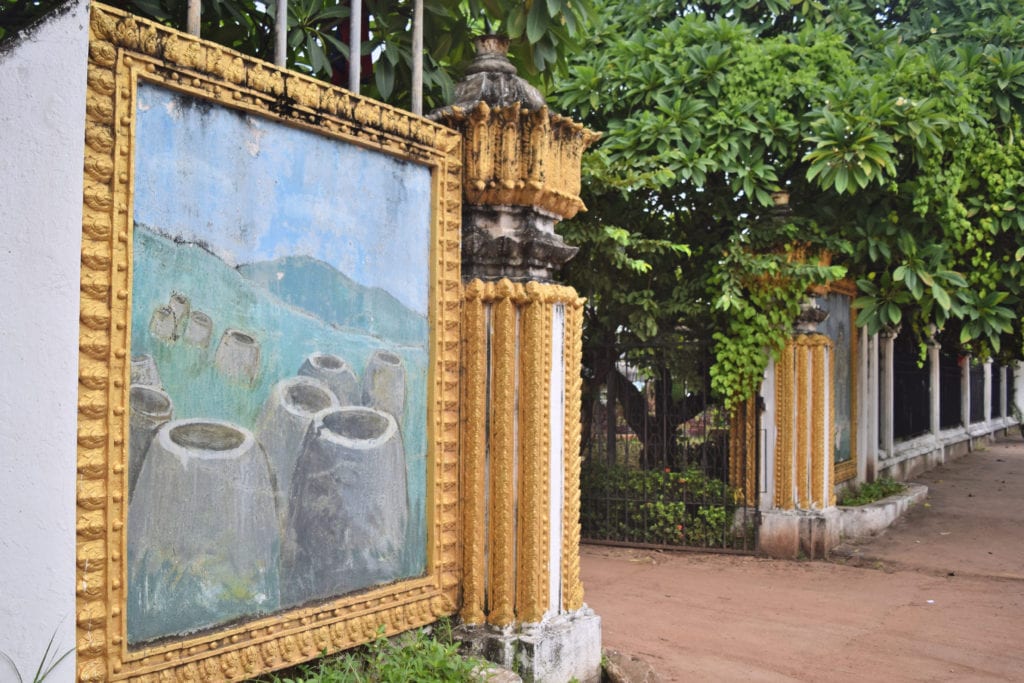 This museum is unlike anything you would see in a major European or North American city: it is small, worn down (peeling paint, dirty displays), doesn’t have air conditioning, and doesn’t even pretend to be unbiased in the facts that they present. 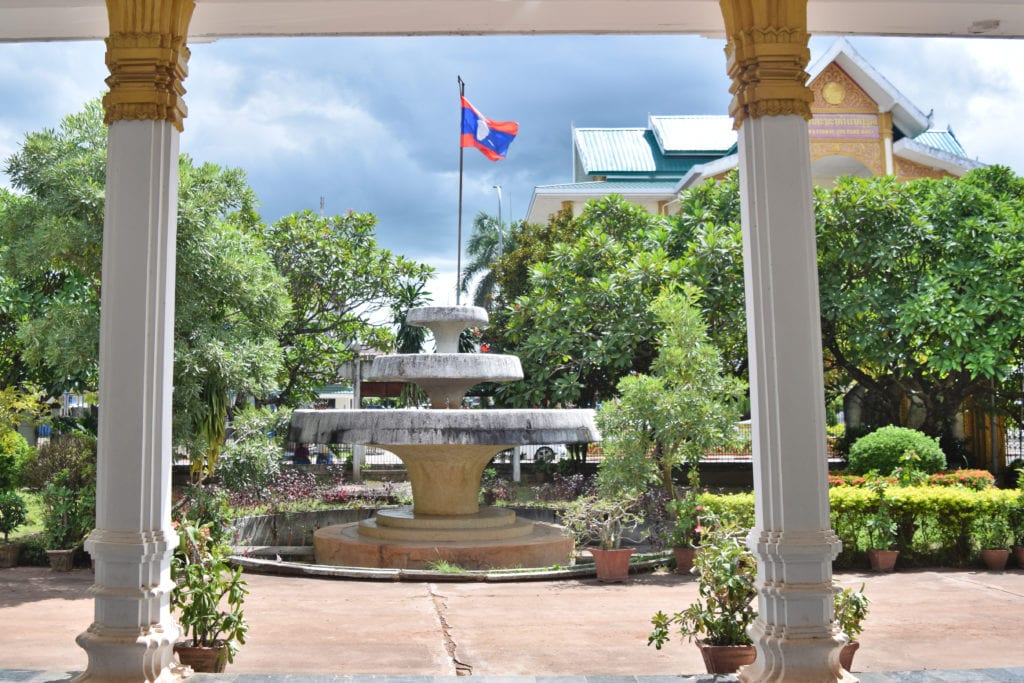 Vientiane has a handful of beautiful Wats, but with only one day in Vientiane, there’s no point in trying to squeeze them all in. Choose one, maybe two if you’re someone who really likes Wats.

We visited Wat Si Saket, which is directly across the street from the presidential palace. It actually ended up being one of my favorite Wats of our time in Southeast Asia–I loved the walls of tiny Buddhas behind the larger Buddha statues. 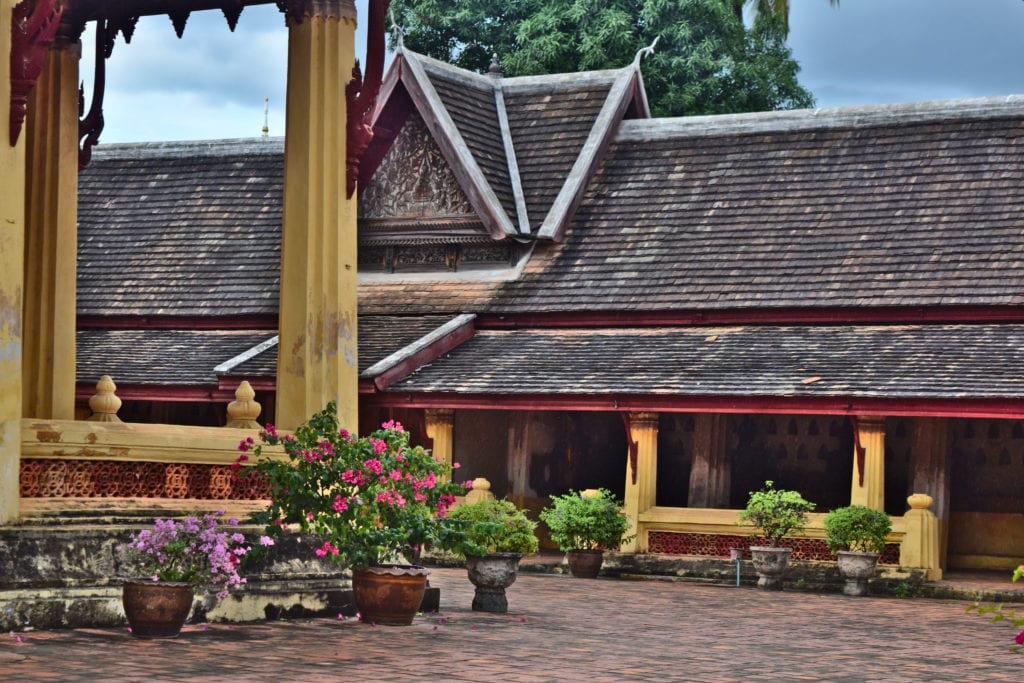 Unlike the more famous Arc de Triomphe in Paris, Patuxai is extremely inexpensive to climb ($0.37/person) and had no line at all while we are there. There are salespeople inside the arch on the way up, ready to sell any souvenir imaginable.

The views from the top are not to be missed–seeing the city from above is one of the best things to do in Vientiane. 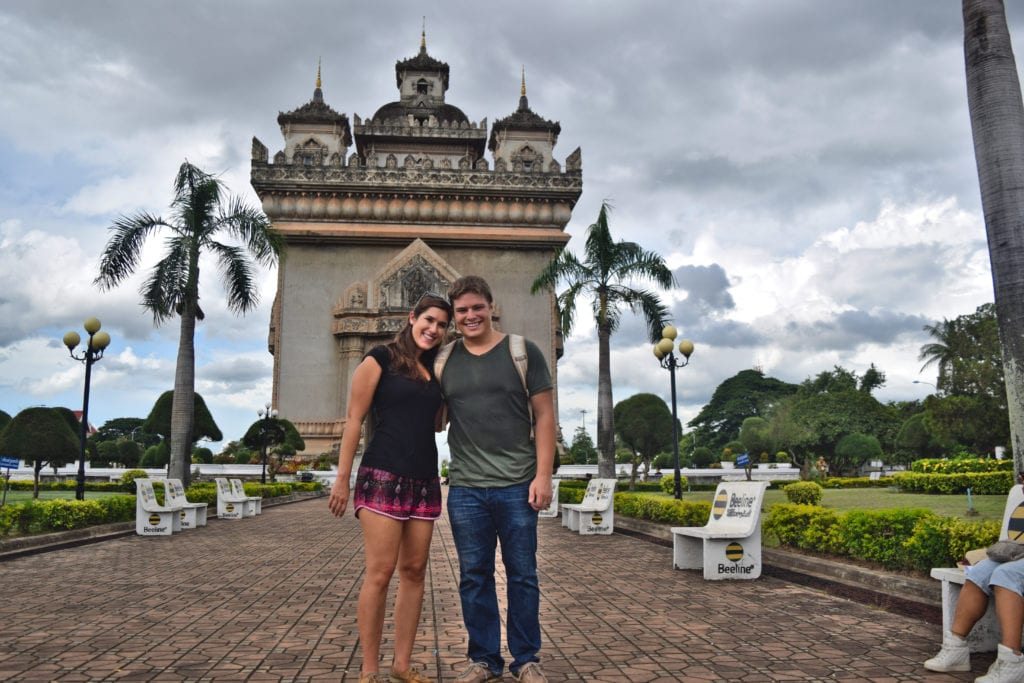 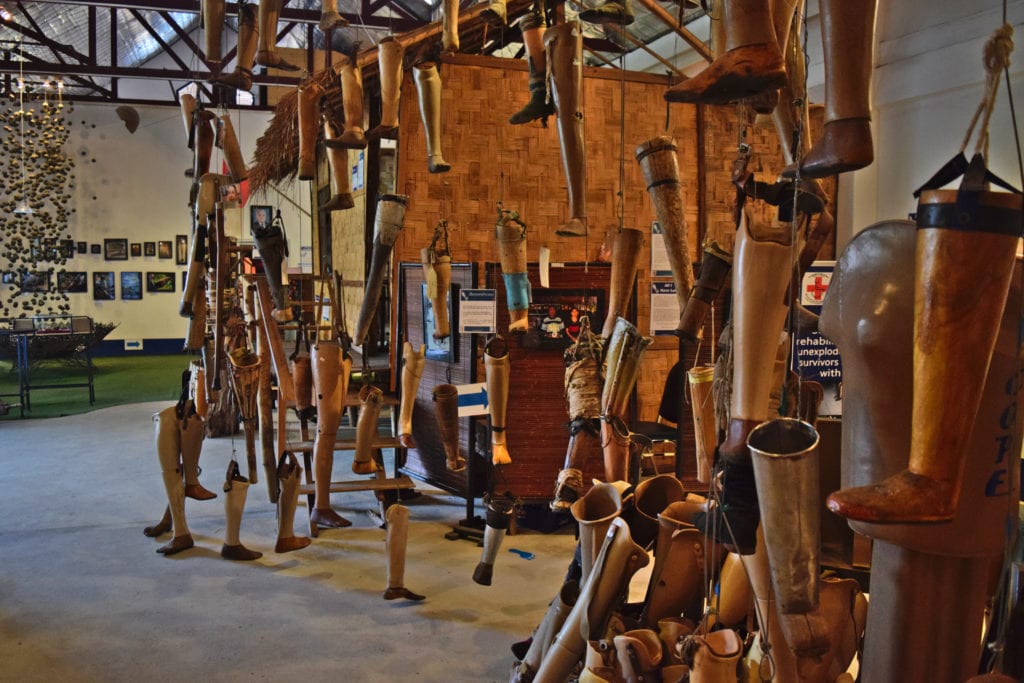 Finish at the Night Market.

I was underwhelmed by Vientiane’s night market, possibly because it was nearly identical to Luang Prabang’s night market and every other tourist-catering market that we saw in Southeast Asia. That being said, it’s still one of the best places to visit in Vientiane at night.

It was, however, fun to walk through, easily accessed by finishing the circle through Vientiane that we made throughout the day, and in a location that we wanted to see–a park along the Mekong River.

If you can pull yourself out of bed earlier than we do on a day after a long van ride, go to Buddha Park. It’s unexpected, it’s bizarre, and it’s one of the best things to do in Laos.

READ NEXT
13 Ways to Fall in Love with Bangkok

Unfortunately, it is about a 45-minute tuk-tuk ride each way from the part of town we were staying in, and we simply didn’t have the time for it. 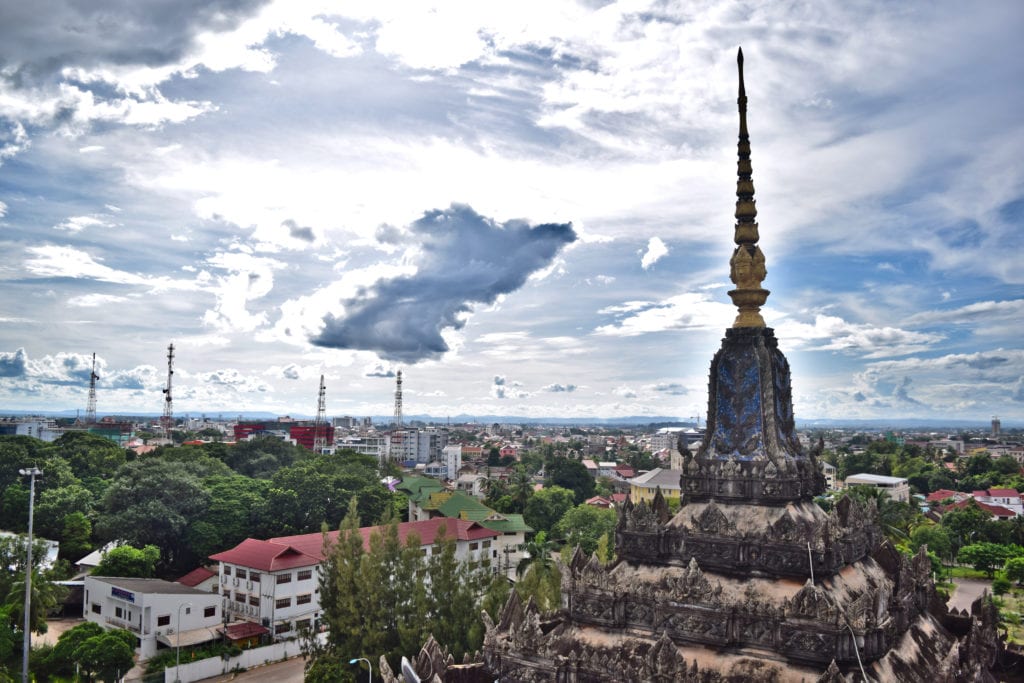 But, we are very glad that we saw it!

I would recommend spending one day in Vientiane while in Laos–it has some high points, it’s extremely inexpensive, and, most importantly–Vientiane provides extremely valuable context for understanding Laos as a whole. 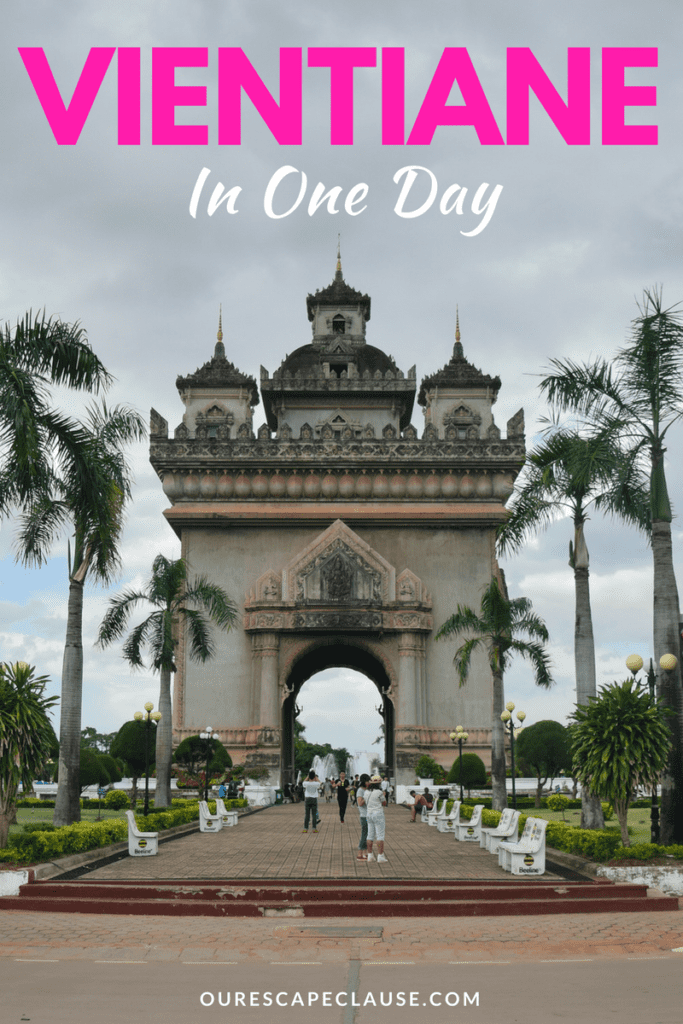