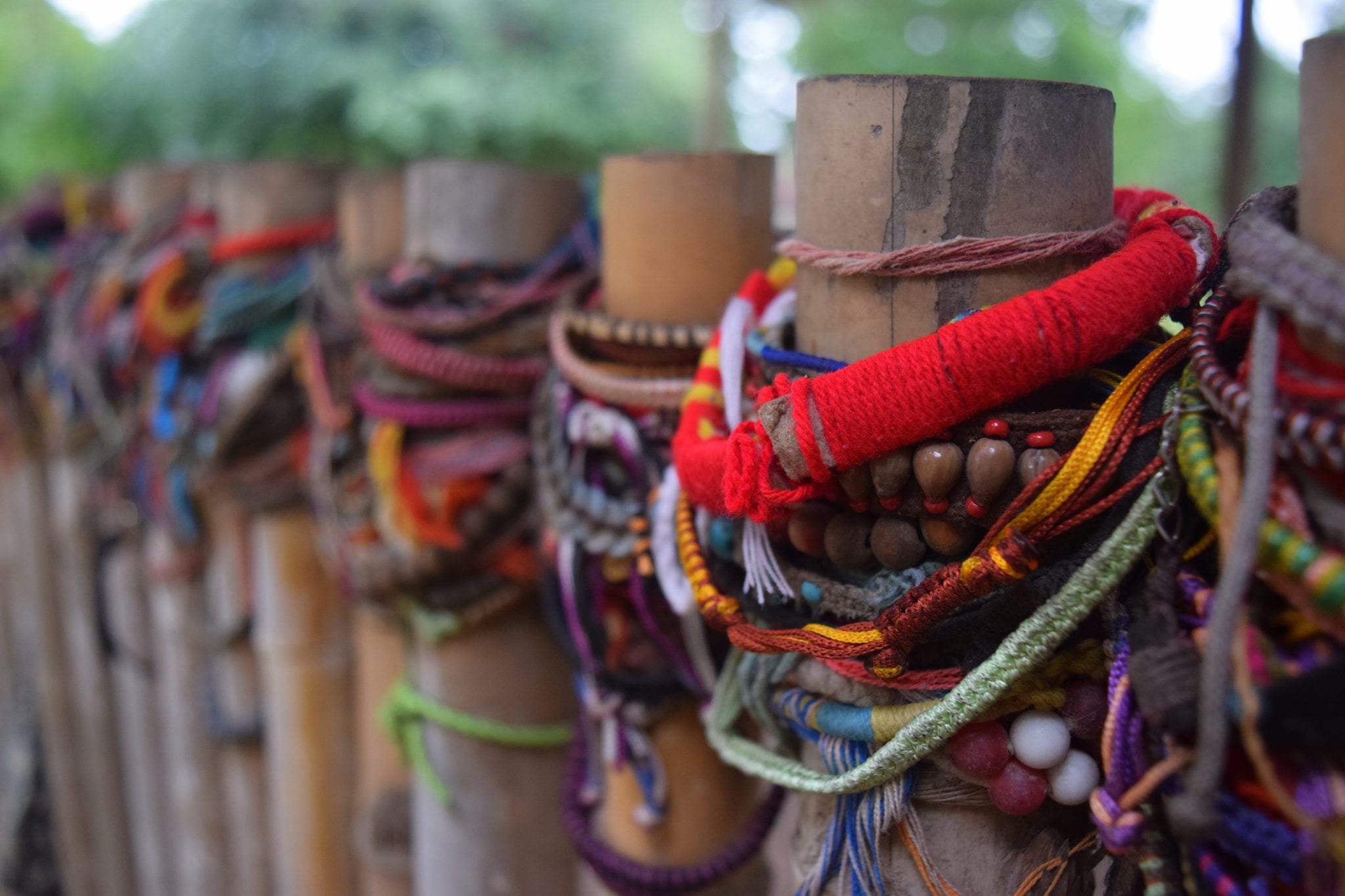 By far, the most horrific, terrible sites that we saw in Southeast Asia were the Tuol Sleng Genocide Museum (S21) and the Killing Fields in Phnom Penh, Cambodia–and while absolutely no one would call the experience fun, we consider them among the most important places to visit in the region.

These sites are relics of the genocide perpetrated by the Khmer Rouge in the 1970s, and are among the darkest of dark tourism sites in the world (the only other place we can personally compare visiting them to is Auschwitz in Poland).

As difficult as our visit to Auschwitz-Birkenau was, we were also as prepared as we could be for it: we had studied the history of World War II and the Holocaust from young ages in school, Anne Frank was a household name, numerous books surrounding the Holocaust made our required reading lists in literature classes, and we knew the facts behind what went on in the camp before we went there. 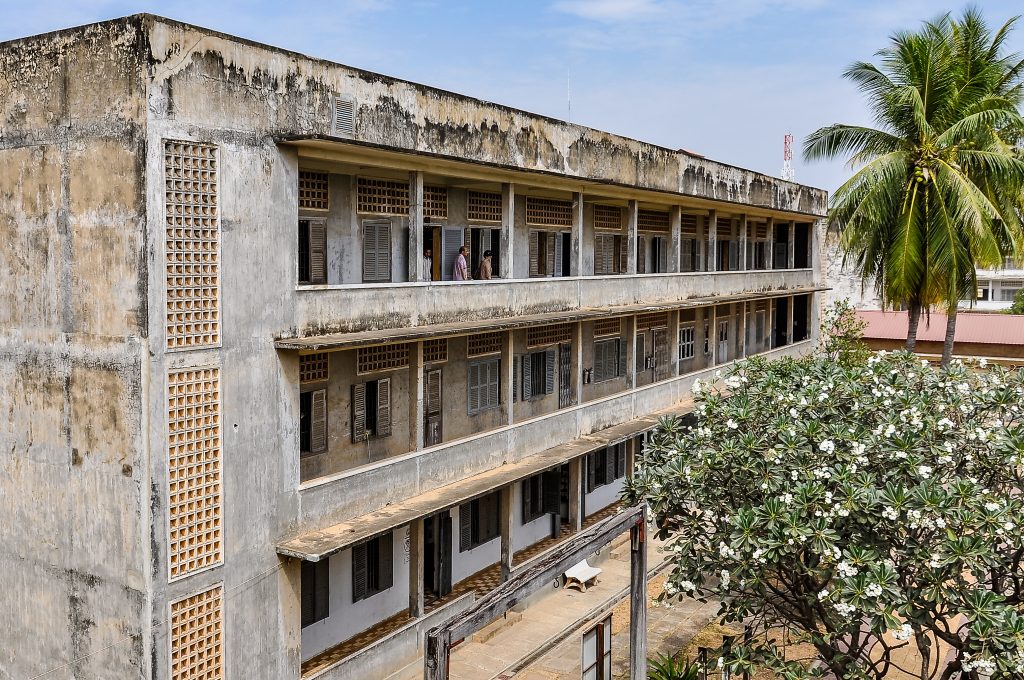 Visiting S21 and the Killing Fields in Phnom Penh was different.

If Auschwitz deepened our understanding of a disturbing historical event that we already understood on a surface level, learning about the Khmer Rouge in Cambodia was a punch in the gut that roughly alerted us to just how little we knew about another genocide, closer in time to ourselves and yet untouched by our schools.

If you’re considering a visit to the Tuol Sleng Genocide Museum and the Killing Fields when in Cambodia, we strongly recommend it.

Here’s what to expect when you visit. 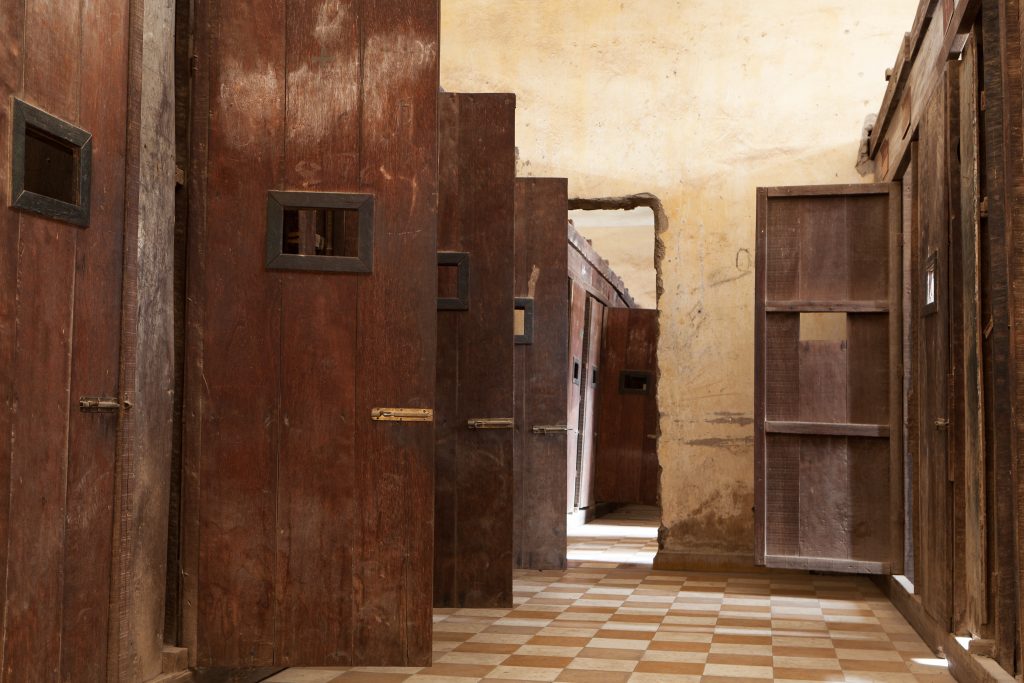 A Brief History of the Khmer Rouge

I am far from an expert on the Khmer Rouge–to be honest, other than the fact that there was something called the Khmer Rouge and that some terrible person named Pol Pot made the list of horrific dictators the world has seen because of it, I couldn’t have told you a single thing about it before visiting Cambodia.

In very brief summary: Pol Pot was a communist-turned-dictator who endeavored to return Cambodian society back to “Year One”–in Pol Pot’s mind, utopia would be achieved through a strictly agricultural society and getting back to the good ole days of yore.

READ NEXT
Cambodia Travel Budget: What Does a Trip to Cambodia Cost?

Pol Pot’s regime, commonly referred to as Angkar (not to be confused with Angkor, as in Angkor Wat), emptied the cities and relocated almost the entire population of Cambodia to the country.

Rice production was demanded from Cambodians, and expected to be grown in equally large amounts throughout Cambodia–with no regard for soil quality or farming expertise.

Anyone educated was suspect to the regime, as was anyone who came from a city. Families were split up, forced marriage for the good of Angkar was practiced, there was no schooling or education, and the country began to starve. 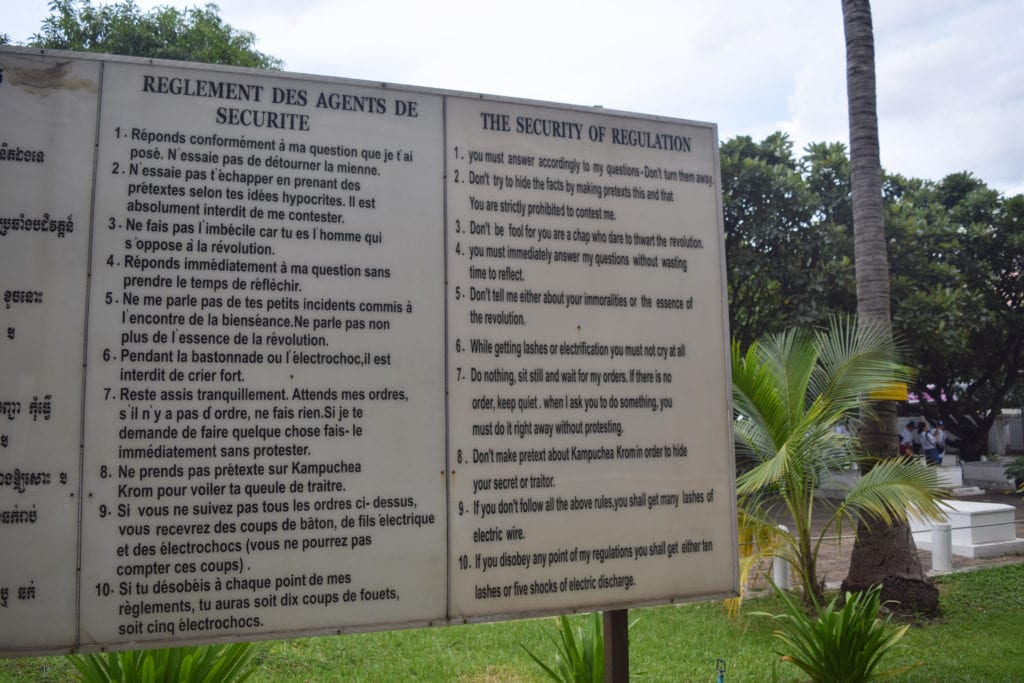 As totalitarian regimes are wont to do, Angkar heavily persecuted anyone who slighted them in a real or imagined way and performed extreme torture to achieve “confessions” before killing their victims.

The families of “traitors” were also murdered, to avoid leaving anyone to take revenge on the regime.

Most famous of these torture centers and resulting mass graves were Tuol Sleng Genocide Museum, commonly referred to as S21 (the building was a school prior to the Khmer Rouge), and what we now know as The Killing Fields, both located in Phnom Penh.

There are estimated to be around 200 Killing Fields in Cambodia–this is far from the only one, a very difficult fact to grapple with when touring the museum.

In the end, a combination of the inhumane living and working conditions of the majority of the population, food shortages, persecution, and torture resulted in the death of roughly 21% of Cambodia’s population.

Estimates put the total number of deaths somewhere between 1.5 and 3 million, but the exact figure is lost to time. 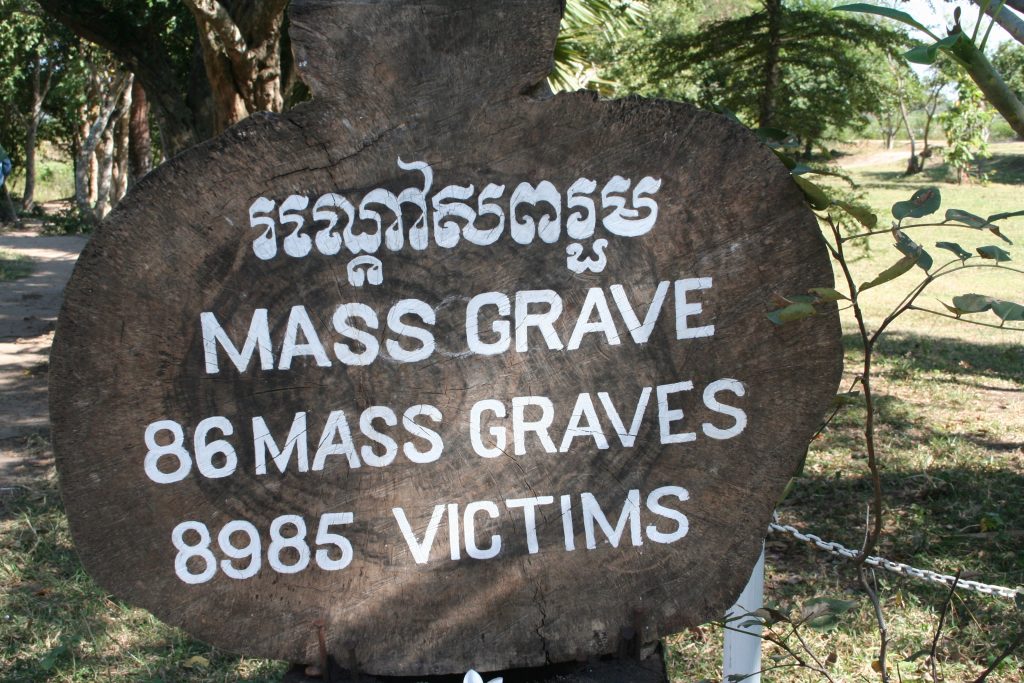 When we arrived at S21, it was beautiful: the sun was shining, the flowering trees in the courtyard (leftover from when the building was a school prior to 1975) were blooming, and there was a breeze.

We collected our audio guides, sat down on a bench, and started listening.

It started out horrifying. Then it got worse.

The tour led us through the classrooms-turned-torture chambers, complete with photos of the decimated bodies that the S21 operatives killed quickly and left behind when they knew that Vietnamese soldiers were on their way to take the city in 1979.

The photos were horrific–but grainy. You could avoid the humanity in the images if you tried. 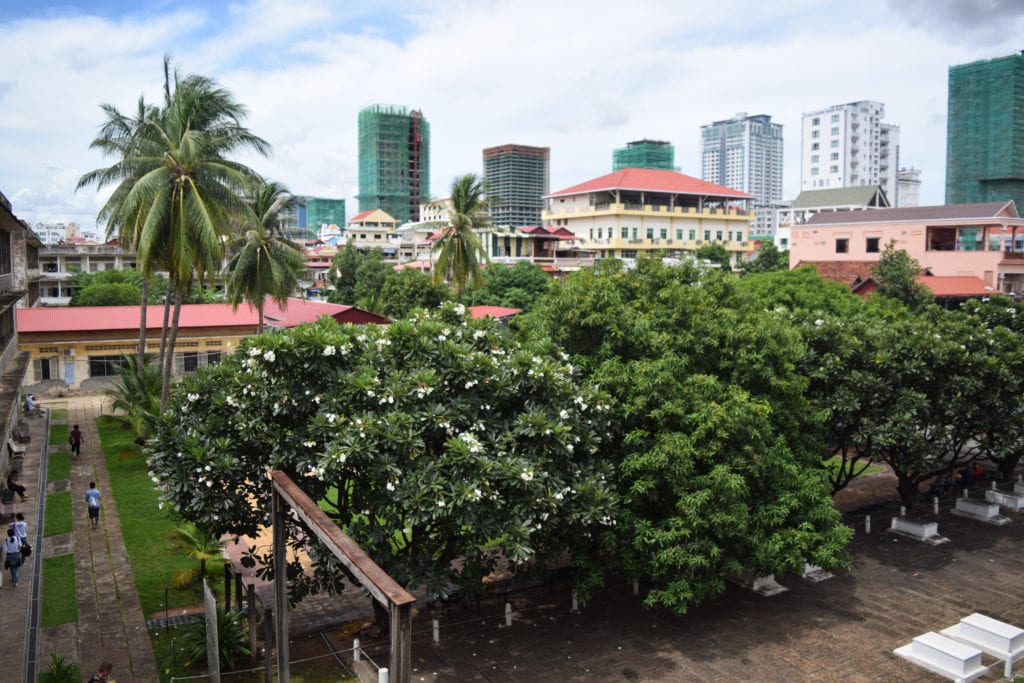 The same could not be said for the next rooms: following in the tradition of many other totalitarian regimes, Angkar kept meticulous records of the victims of S21, including large individual photographs that were taken of the victims upon arrival.

The photographs are on display–hundreds of them–each more haunting than the last.

We ended up spending more than 3 hours at S21 to listen to all of the audio and take in the impact of the place.

Large torture devices are intact and on display, as well as the cells where prisoners were kept, and (well done artistically but utterly disturbing) paintings done by a former prisoner, showing the conditions of the prison, and examples of some of the torture that happened within its walls. 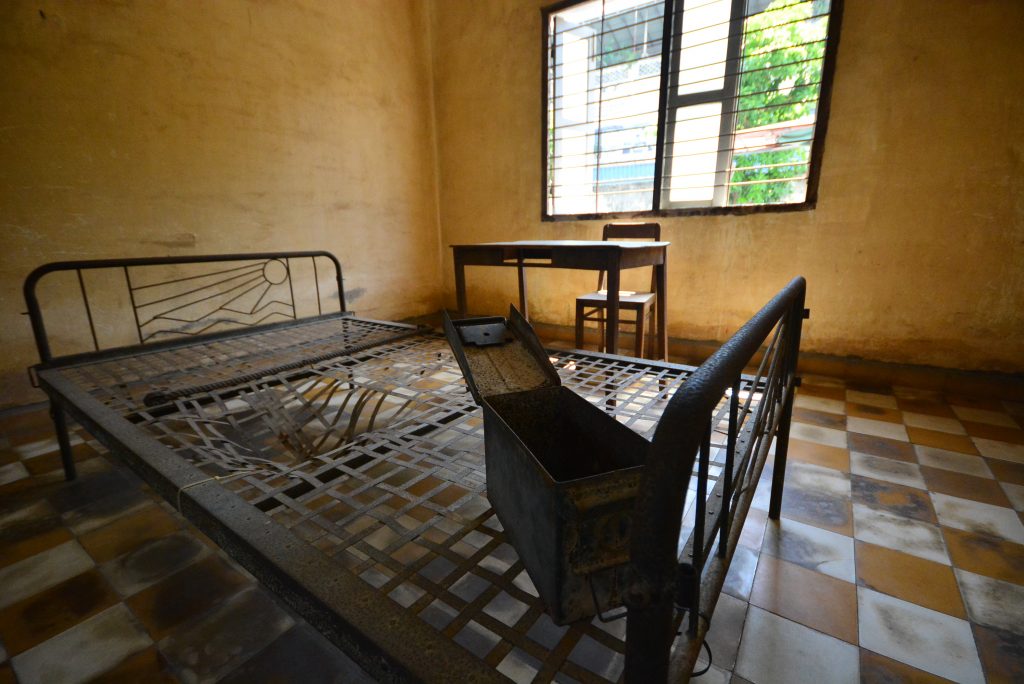 We closed our day there by listening to a talk by a man who was relocated to the country during the Khmer Rouge as a boy. He survived… but not before being ripped from his family and having his father murdered in front of him.

Roughly 14,000 people are known to have been brought to S21. Seven of them survived. 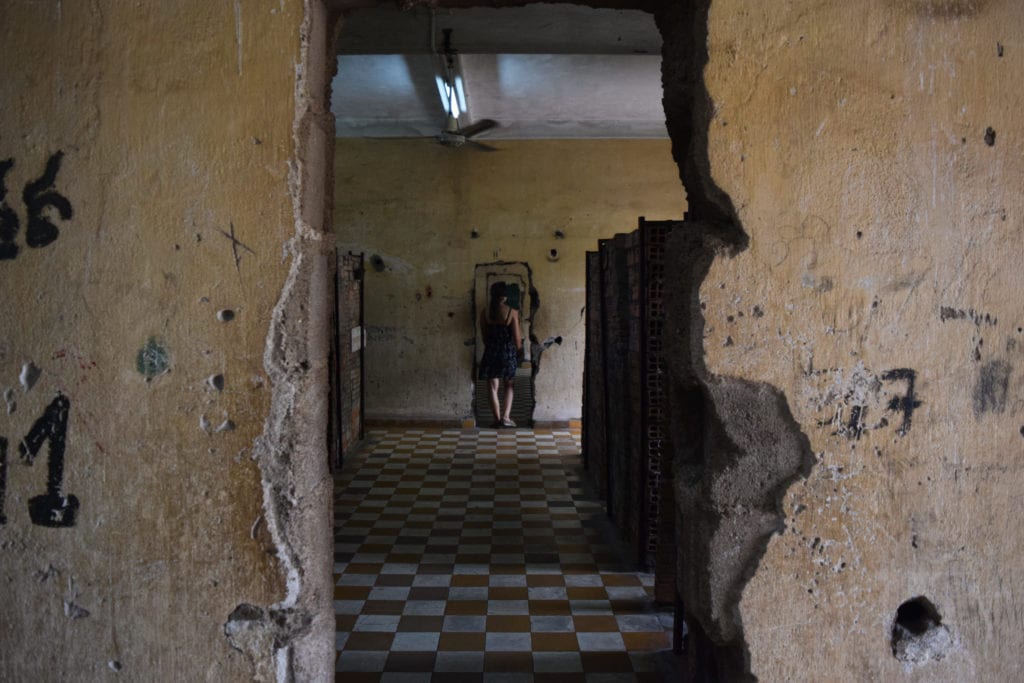 They say that you are supposed to see S21 and The Killing Fields Museum in one day.

Frankly, we couldn’t take it: we did them on two separate days.

Originally, the location was used as a burying ground for the Chinese minority group that lived in Phnom Penh. During the Khmer Rouge, Angkar took over the fields and turned them into mass graves.

In the same format as at S21, an audio guide led us through the area, complete with haunting firsthand accounts of the Khmer Rouge and descriptions of the torture and death imposed on the fields.

Bullets were valuable, so most of the victims were bludgeoned to death: including the babies, many of whom met their fate by being swung against a large oak tree, now calling “The Killing Tree”.

You can still see blood on the tree. I could hardly look at it. 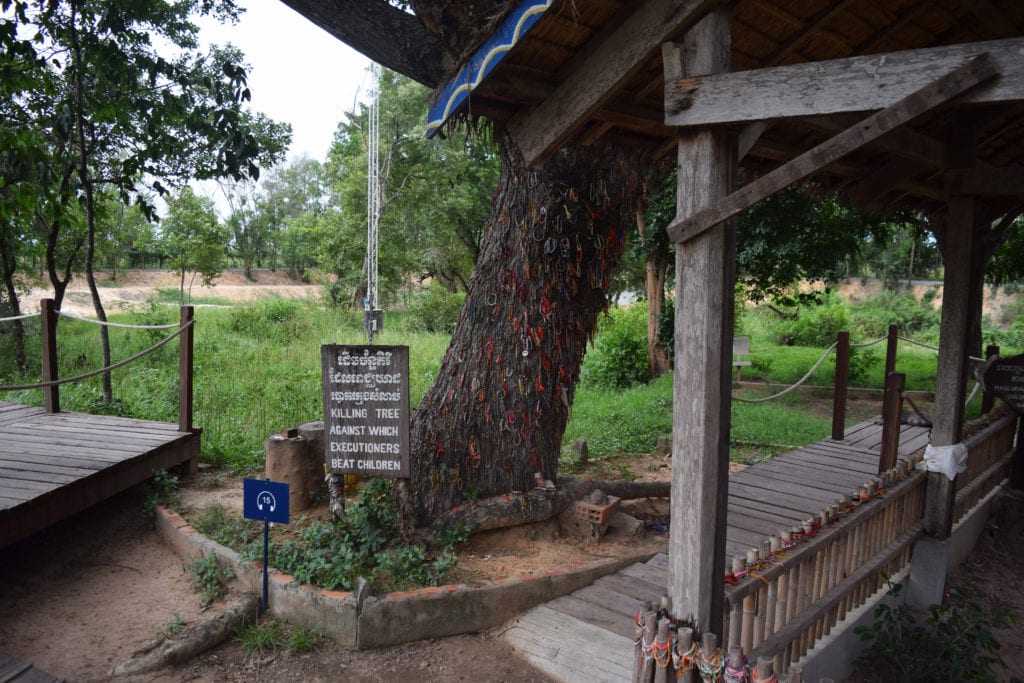 In the 1970s, when the murders would happen under the cover of night (Angkar wanted their activities to be kept secret), gratingly loud propaganda music would screech out of speakers set up through the fields.

When we heard some of it toward the end of our tour, my hair stood on end. Its only purpose, after all, was to drown out the cries of the dying.

The Killing Fields tour closes at this beautiful building: 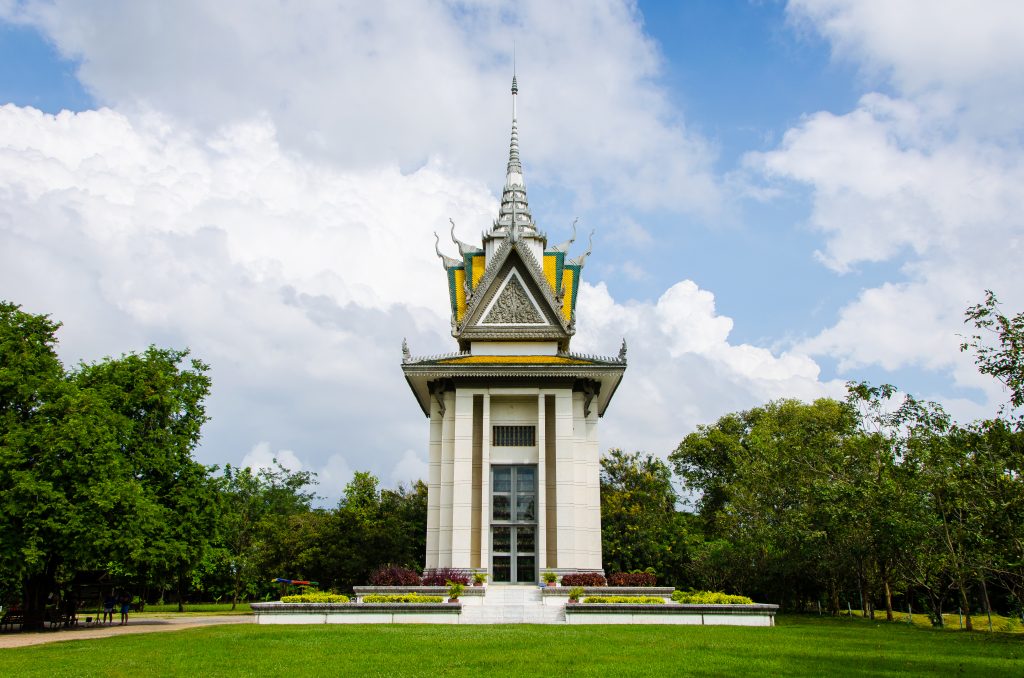 At least, it looks beautiful… until you see what it is.

Our tour of the Killing Fields was a bit shorter than S21–about 2 hours–but it was no easier to experience. 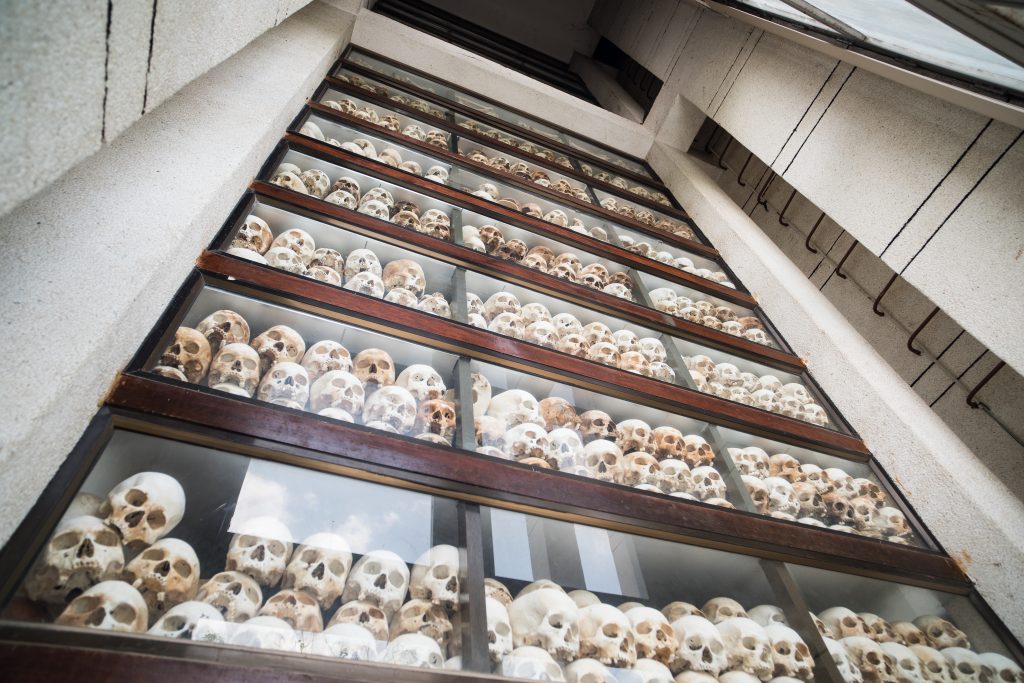 Why You Should Visit S21 + The Killing Fields in Cambodia

These are both very well done museums, and I would encourage anyone who comes to Phnom Penh to add them to their plans.

It is abundantly obvious at both places how much the Cambodians who work there care about awareness and want people to visit.

The audio guides are available in many languages and are very detailed, complete with a standard tour and supplementary interviews and stories that you can choose to listen to for more context.

In-person guides are not required, but you can arrange one if you prefer.

I am very glad that we saw S21 & the Killing Fields… but, like Auschwitz-Birkenau, I don’t expect to go back. Some things you only need to see once.

Personally, I am still digesting our visit to Cambodia in general, but especially these sites.

The fact that the Khmer Rouge killed up to two million people within my parent’s lifetimes and I didn’t learn about it in school–not even in college when getting my B.A. in Political Science, of all things!–astounds me. 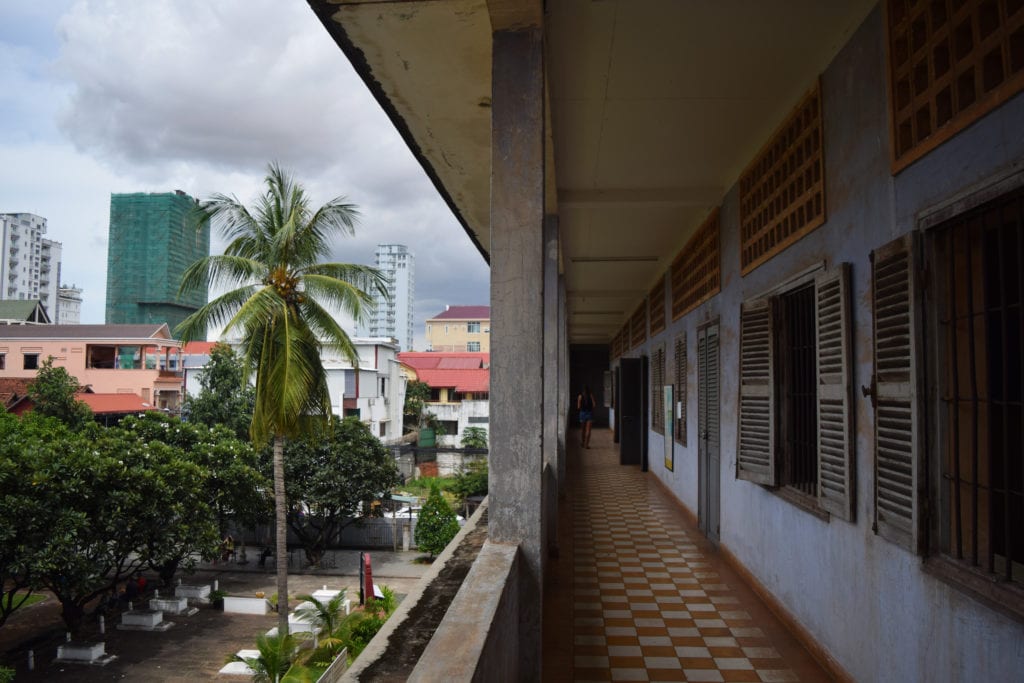 This is one of many things in Southeast Asia (the impacts of the Secret War in Laos as demonstrated by Vientiane’s COPE Visitor Center being another prime example), that have made me reflect on just how vast history is, and how impossible it is to learn it all… but also on how we deem some stories more worth telling than others.

Perhaps the most powerful takeaway from learning about the Khmer Rouge? Just how recent it was: the cities of Cambodia were only refilled a mere 37 years ago.

While how far away in time that date appears is a matter of perspective, it was a date that I thought about every time I saw a middle-aged person or older in Cambodia, whether they were working at a fruit stand, or talking on a cell phone, or playing with a child: You survived the Khmer Rouge. You were ripped from your home, starved, maybe tortured, maybe pulled from your family. 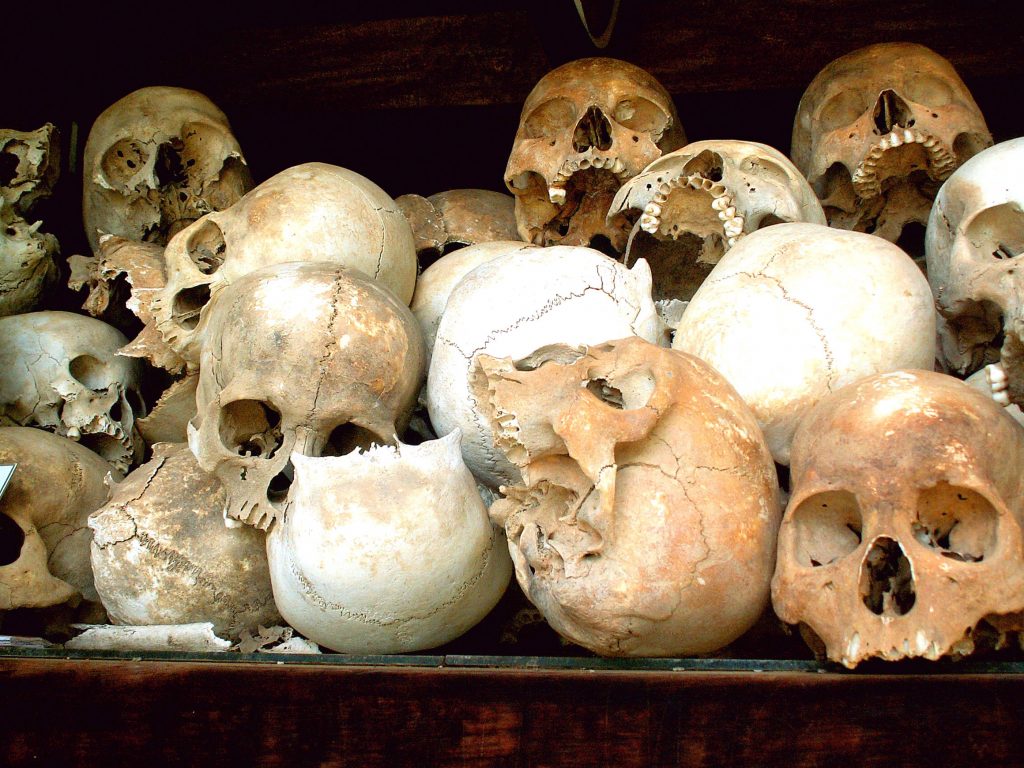 2 thoughts on “The Horror of Visiting S21 + The Killing Fields in Phnom Penh, Cambodia”