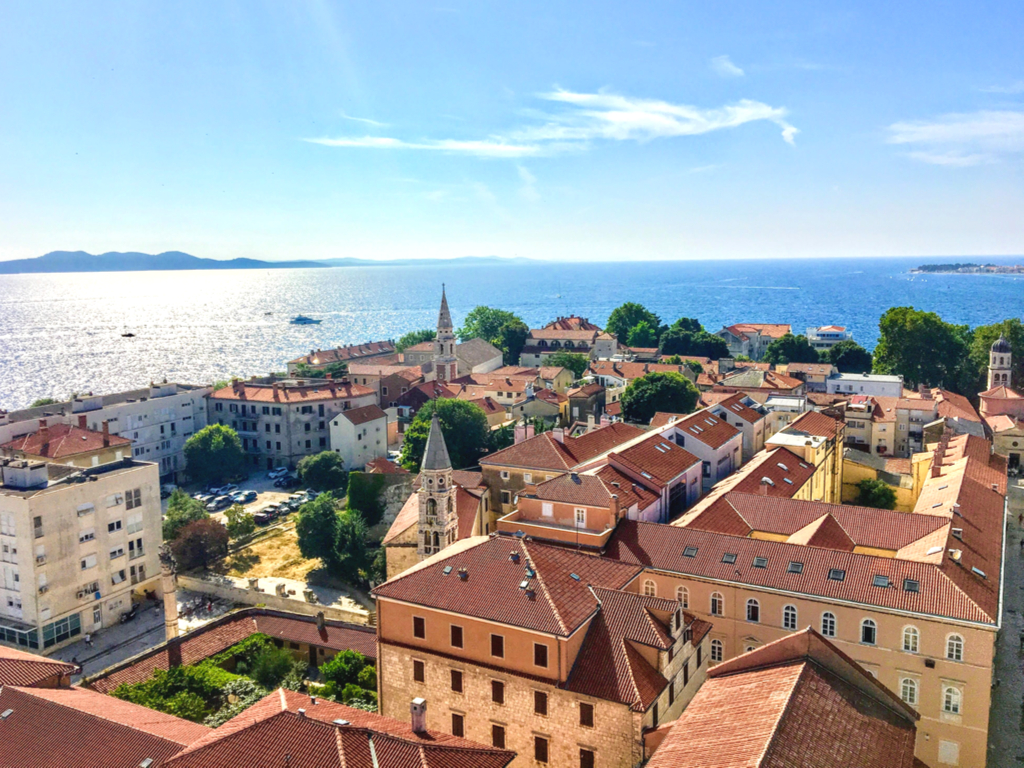 Looking for the best things to do in Zadar, Croatia?

We’ve rounded up the best things to see in Croatia’s fifth-largest city!

Located on the Dalmatian Coast, Zadar generally sees fewer tourists than cities like Dubrovnik or Split, however, this ancient, coastal city has a charm all its own.

Whether you’re looking for a jumping-off point for visiting the Kornati Islands, are interested in Roman or Venetian history, or just want to enjoy the sun and sea, this guide to what to do in Zadar is bound to keep you busy.

Fun Things to Do in Zadar, Croatia

Listen to the sea organ.

Installed in 2005, this organ–which resembles a set of benches leading into the Adriatic Sea–plays music through the movement of the water.

It’s hard to describe, but a very cool to experience in person!

Unsurprisingly, the sea organ is one of the top attractions in Zadar, and every evening at sunset, you can find crowds of locals and tourists alike sitting on the “instrument” to enjoy the music and views. 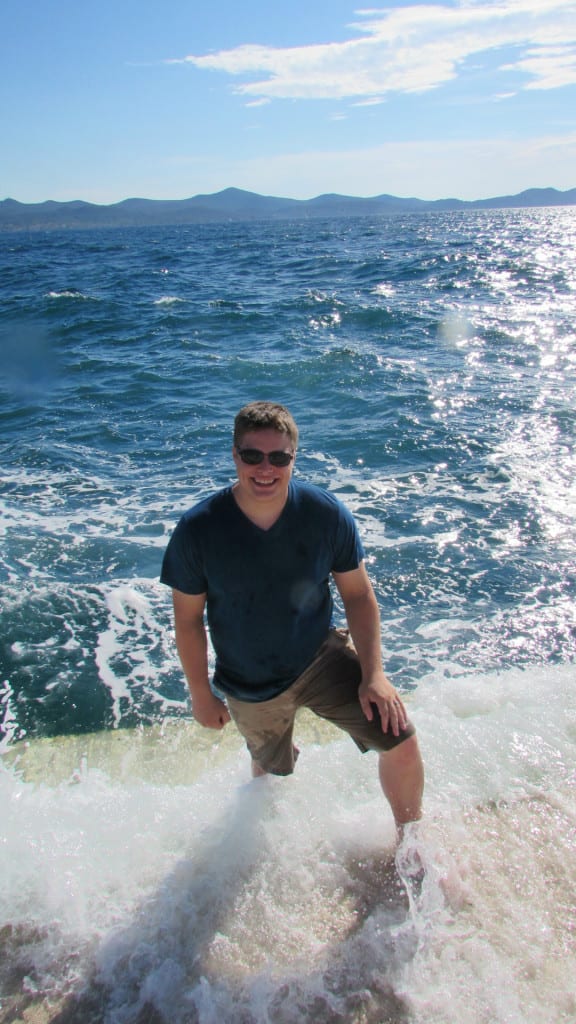 Explore the Cathedral of St. Anastasia.

As the largest church along Croatia’s Dalmatian Coast, the 12th-century Cathedral of St. Anastasia (sometimes called the Zadar Cathedral) is absolutely worth a visit.

Though the building was badly damaged during WWII, it has been beautifully reconstructed.

Be sure not to skip the view from the bell tower, either–the view is well worth the roughly 180 steps it takes to get there! 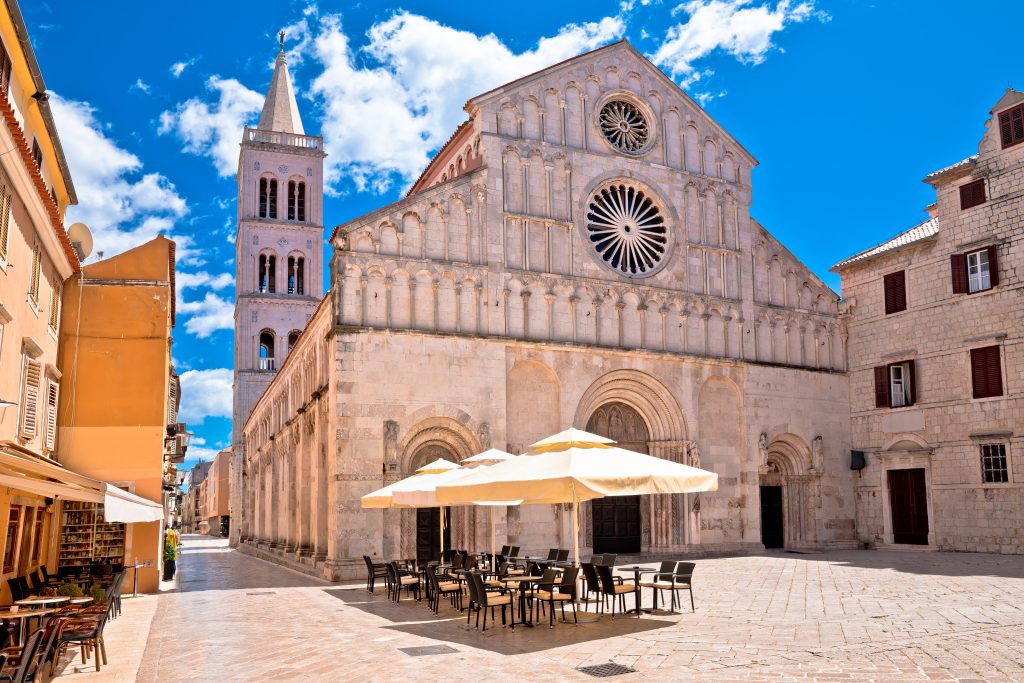 Believed to have been completed in the 9th century, this round church is located near the Roman Forum, and belongs on your list of things to see in Zadar, Croatia.

Interesting inside and out, the building has served a wide variety of purposes over the years, from worship to storage (when the Republic of Venice controlled Zadar), to now, a music venue, thanks to its acoustics.

It’s considered one of the most remarkable examples of early medieval architecture in Croatia, and is a symbol of the city–odds are if you’ve only seen a handful of photos of Zadar, one of them was of the Church of St. Donatus! 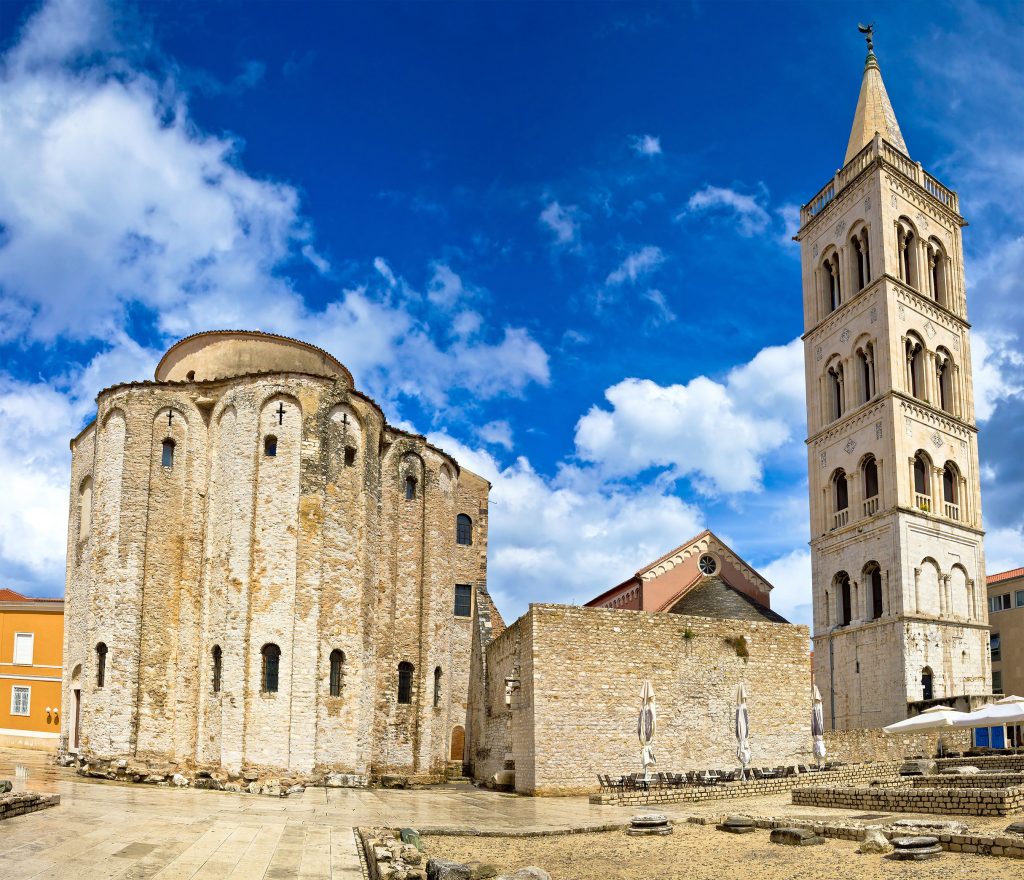 Pay a visit to the Greeting to the Sun.

Made up of 300 glass plates that absorb sunlight during the day to transform into a light show at night, Zadar’s Greeting to the Sun (also sometimes called the Monument to the Sun) is one of the best places to visit in Zadar–especially at sunset!

Located near the water, just steps from the sea organ, the Greeting to the Sun is a must-see when visiting Zadar. 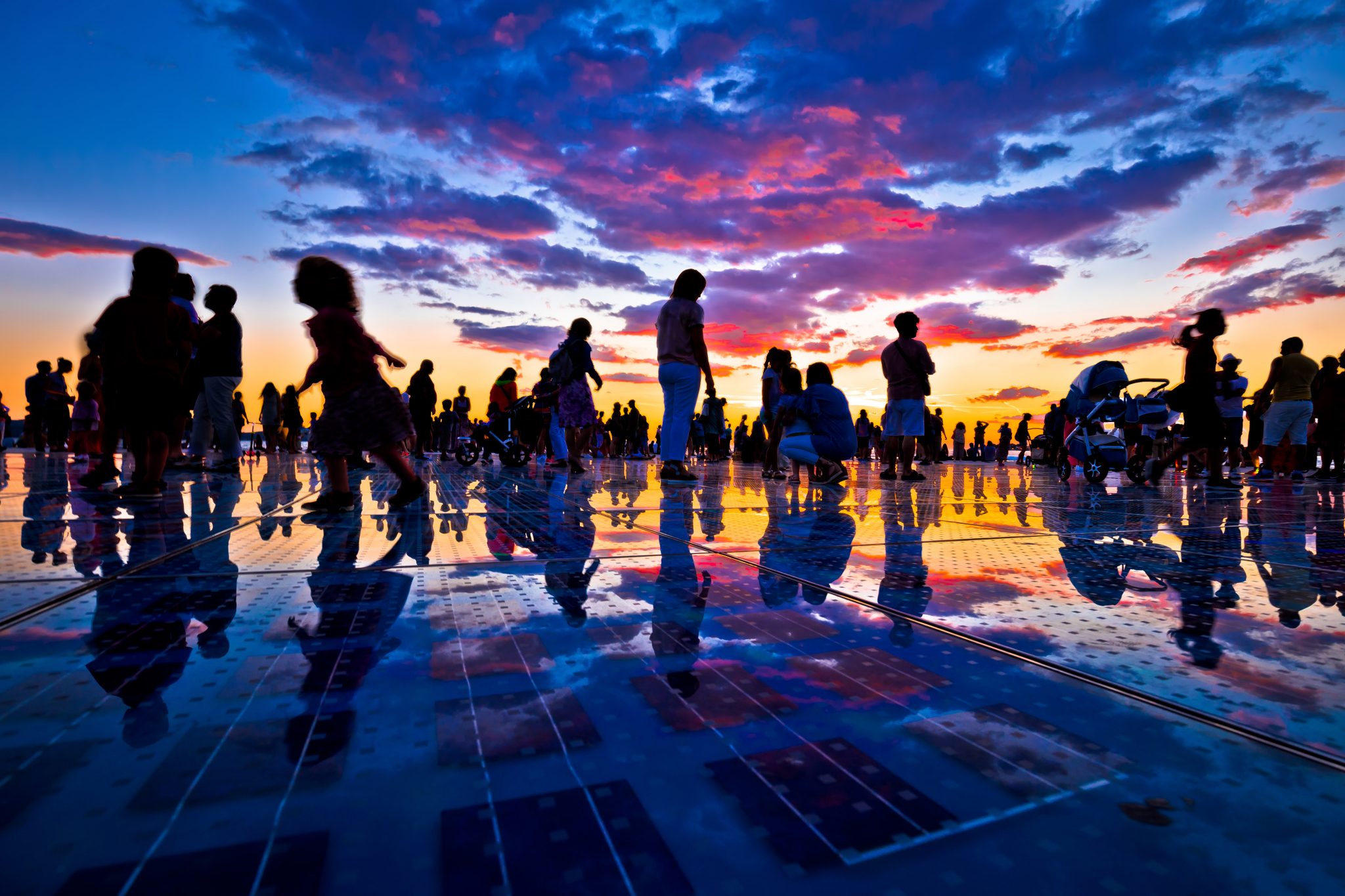 Check out the Museum of Ancient Glass.

Located in a former palace dating to the 19th century, Zadar’s beautiful Museum of Ancient Glass is home to one of the most impressive collections of glass items from Ancient Rome that can be found outside of Italy.

For a unique Zadar museum to visit, you can’t beat the Museum of Ancient Glass!

Set sail for the day.

No trip to Zadar is complete without some time spent on the water!

Set sail via this popular half-day tour to explore nearby islands, check out a fishing village, enjoy beautiful views, and–most importantly–swim and snorkel is stunning inlets and coves near Zadar.

Wander through the Forum.

There are several gates in Zadar that separate its historic center from the more modern city, but perhaps none is as beautiful as the Land Gate!

Built by the Venetians in the 16th century (check out the lion of St. Mark carved into the gate–if you’ve been to Venice, you’ll likely recognize the image), the Land Gate is gorgeous, and a strong visual reminder of the days when Zadar was protected by its city walls. 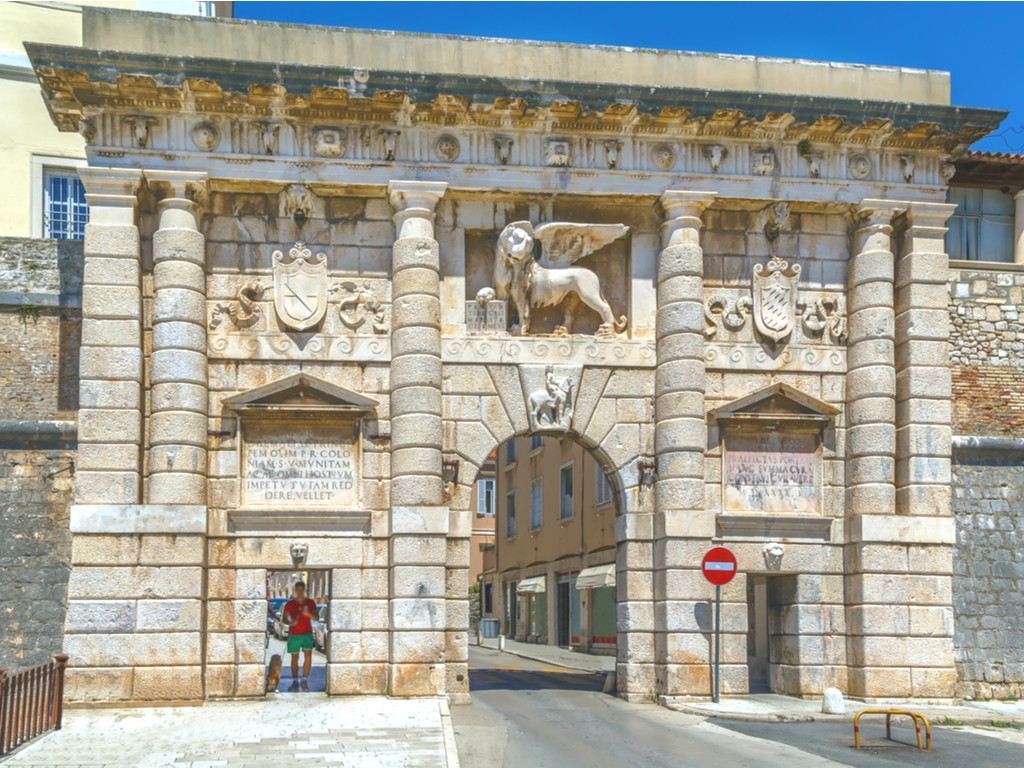 Croatian food, especially along the Croatian coast, is characterized by excellent seafood, fresh fruits and vegetables, and fantastic cheese (especially cheese from a very special island–more on that below).

One of the best things to do in Zadar is to enjoy the food scene via a market tour and cooking class, which will take you beyond Zadar’s restaurants and into its kitchens.

As far as Zadar restaurants go, though, we can enthusiastically recommend Restaurant Bruschetta. Be sure not to miss the chocolate dessert! 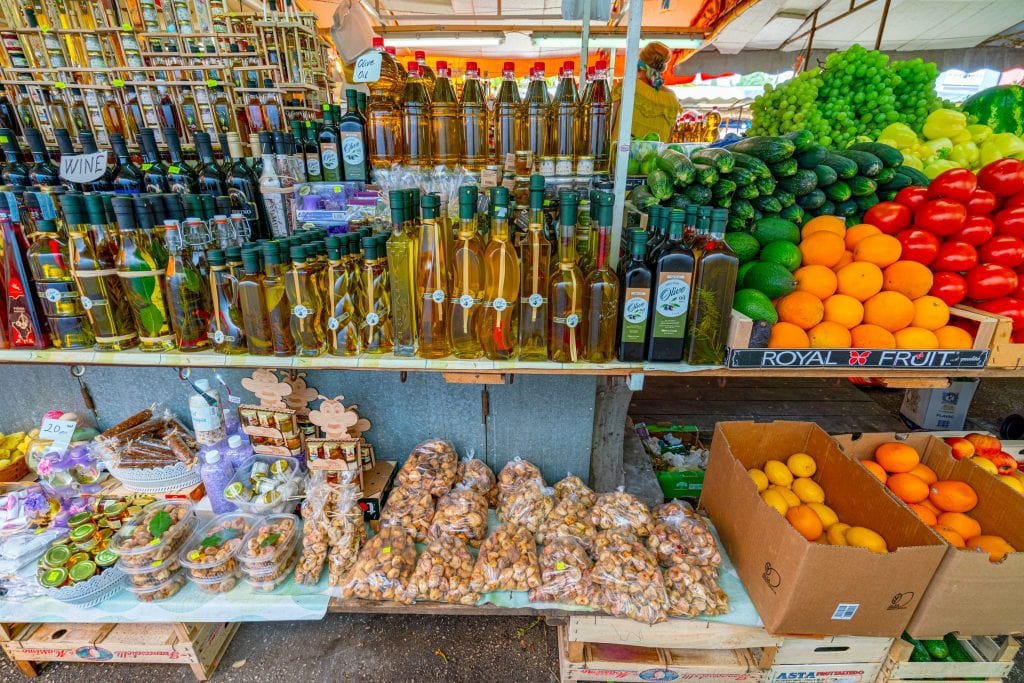 One of the most popular day trips from Zadar is the small island of Pag, best known for its quiet villages (including Pag Town itself), rocky landscape that looks distinctly different than much of the Dalmatian coast, and–above all–its cheese.

Pag cheese is widely considered the best cheese in Croatia (we don’t disagree), and though you’ll find it across the country, it’s made solely on the small island of Pag.

Made from sheep’s milk, the cheese is hard, with a sharp, salty flavor. 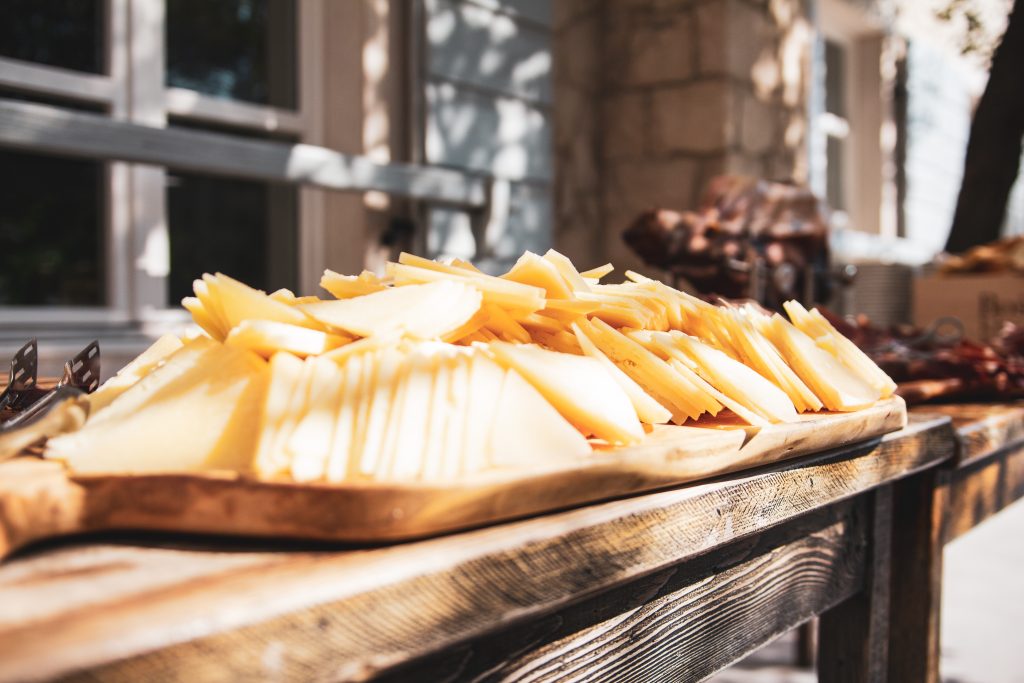 The Gold and Silver of Zadar is one of the most impressive museums in the city.

Housed in the Benedictine convent of St. Mary’s, as it has since the end of WWII, this incredible collection of silver and gold religious art is one of the most memorable sights in Zadar, Croatia.

Take a walking tour of the city.

Want to check out several of the best things to see in Zadar in one go? Sign up for a walking tour!

This popular tour is affordable and will help you get your bearings on Zadar’s history and attractions as you explore the city.

Relax on the beach!

Of course, it wouldn’t be a trip to Croatia without some time spent on the beach!

Head a bit out of the city, though, and especially onto the nearby islands, and you’ll find some truly world-class beach options like Dugi Otok that belong on any list of what to do in Zadar, Croatia. 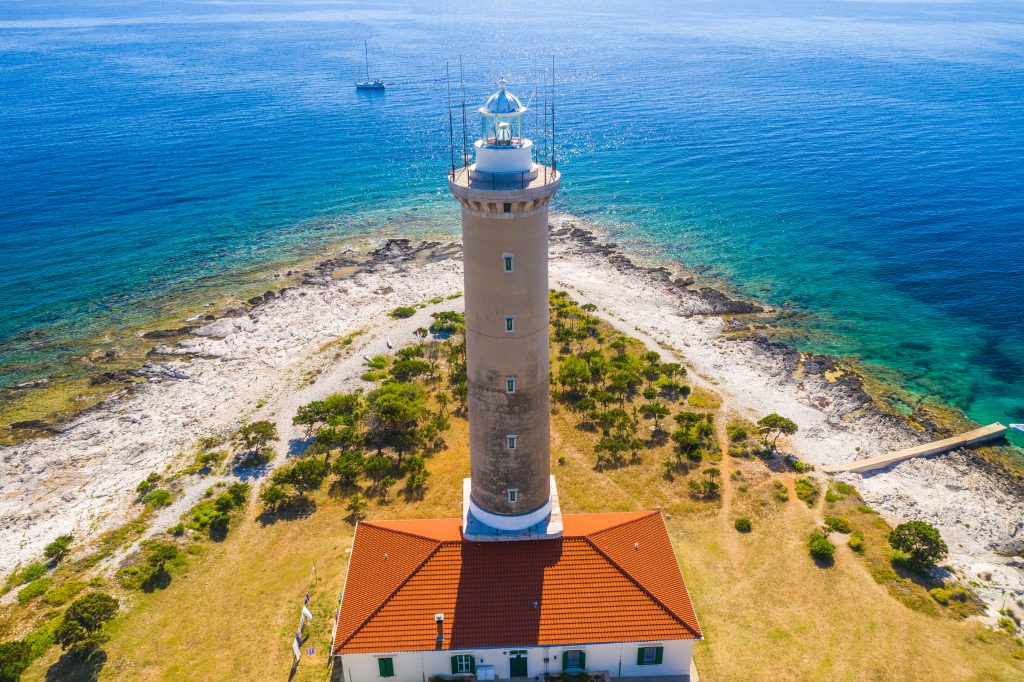 Where to Stay in Zadar