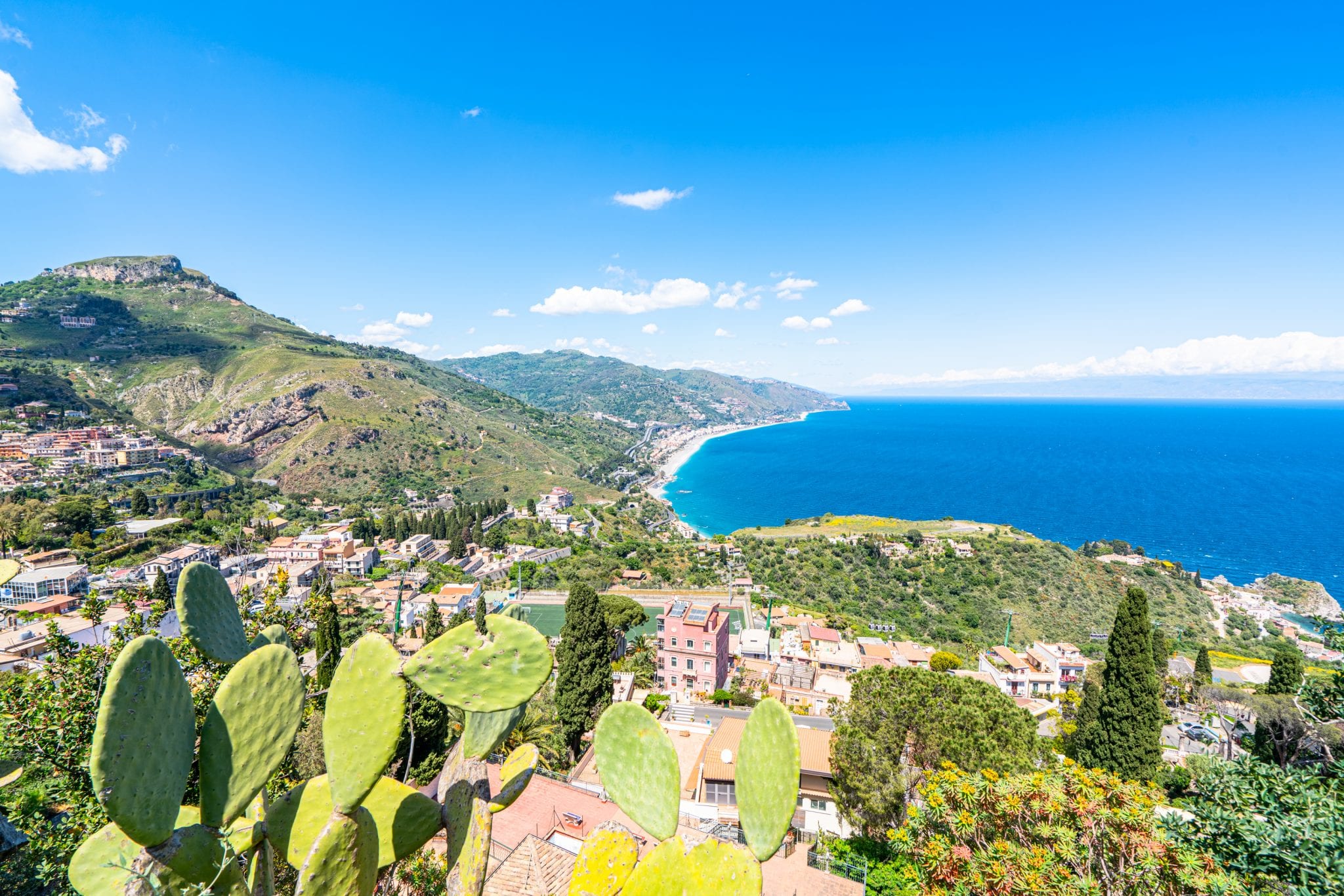 The beautiful, mysterious volcanic island of Sicily has long captivated the attention of readers, travelers, and explorers, from ancient times all the way until today.

I dreamed of visiting Sicily for most of my life, and when we finally had the chance to visit, it exceeded my sky-high expectations.

Here are some fun facts about Sicily! 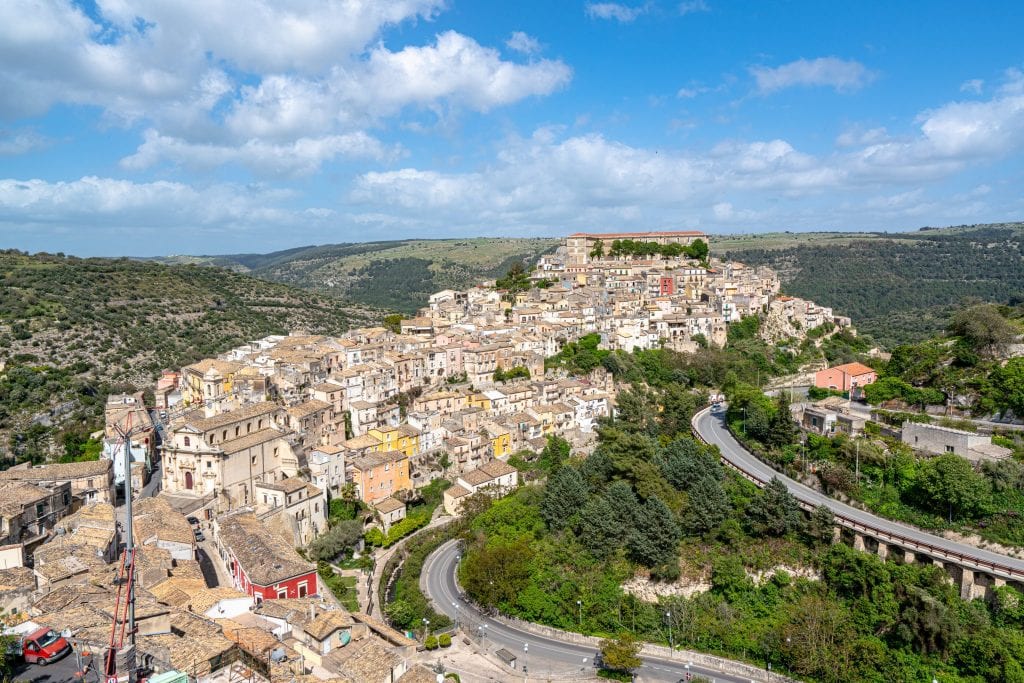 The Sicilian language is still spoken on the island.

Though today the official language of Sicily is Italian, and most residents speak Italian, Sicilian is still widely spoken–in fact, if you step off the beaten path in Sicily and start heading into smaller towns less populated by tourists, you’ll even see it written on menus and signs!


Sicilian is completely distinct from Italian–not a dialect, but an entirely different language. 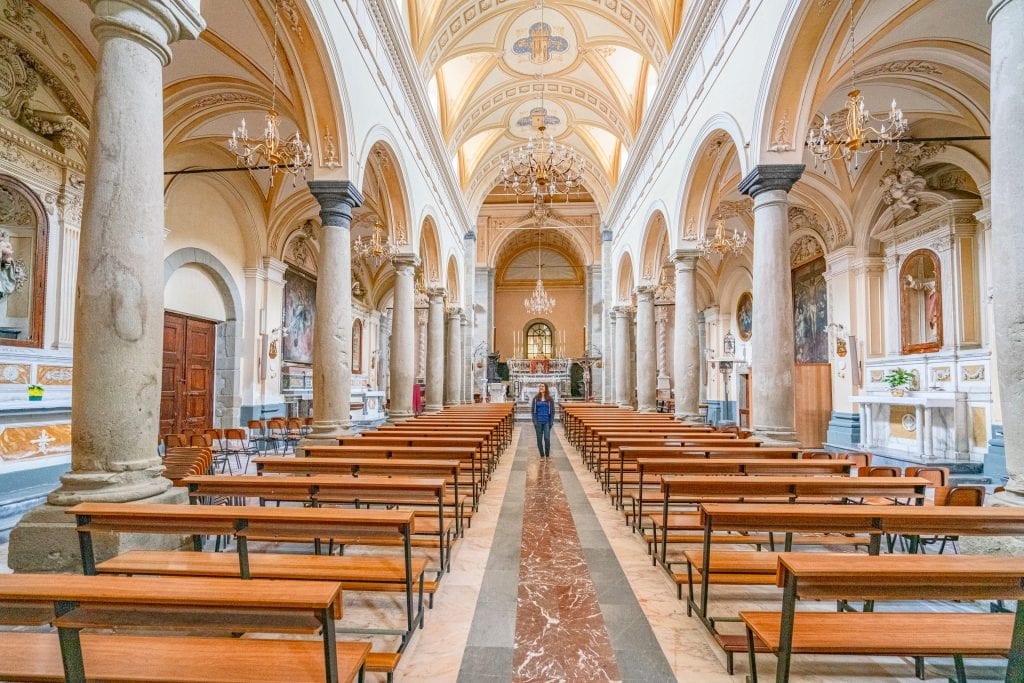 Some of the best-preserved Greek ruins outside of Greece are in Sicily.

The Valley of the Temples near Agrigento, in particular, is remarkably well-preserved, and comes with a mere fraction of the crowds as the ruins in, say, Athens–definitely one of the most interesting facts about Sicily for travelers planning a visit!

READ NEXT
The Ultimate Sicily Road Trip: An Epic 10 Days in Sicily Itinerary

One of the most famous Italian novels is set in Sicily.

The Leopard, written by Giuseppe Tomasi Lampedusa, is set in 1860s Sicily at the time of the unification of Italy.

Told from the perspective of a Sicilian prince who is facing a rapidly changing culture and place in society while watching his family grow and change, the novel addresses, above all else, the cultural transition that took place on the island when Sicily was absorbed into the unified country of Italy.

The author is a descendent of the family central to the story of The Leopard, and while the accuracy of the character portrayals is a bit up for debate (not all the family members agreed with the author’s take on them), the story is moving and interesting.

I did find the book a bit slow toward the beginning, but walked away glad I had taken the time to read it and get some historical Sicily facts and context before visiting. 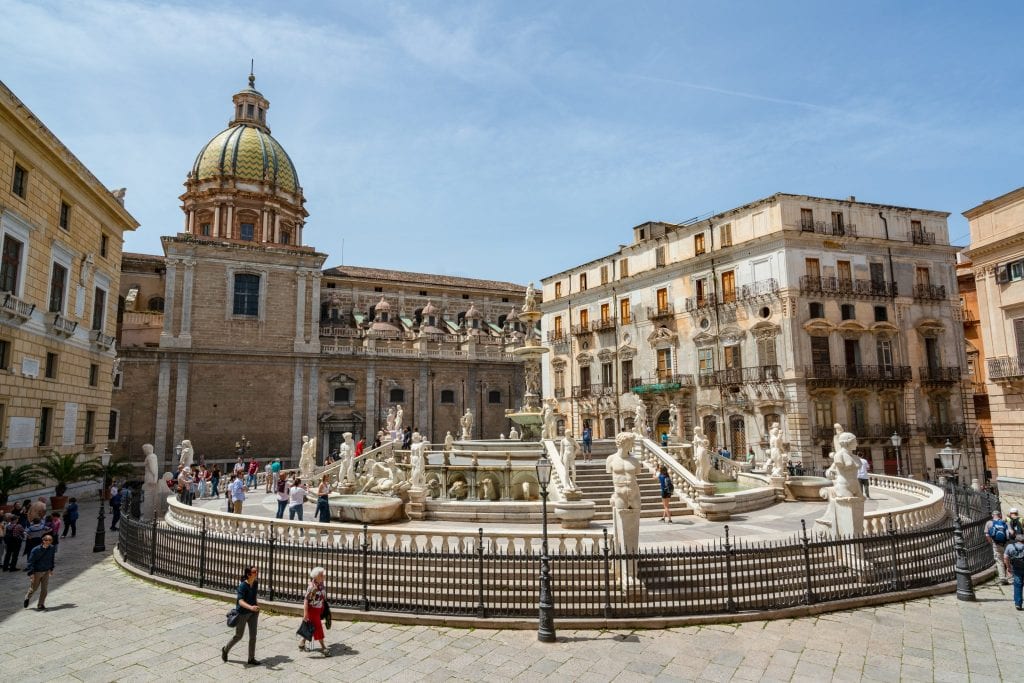 Sicily’s volcanic soil and Meditteranean climate make it ideal for growing wine grapes, and the island is home to several wine regions, most notably Mount Etna, Noto, Faro, and Vittoria.

Sicily was once its own independent state.

Once upon a time, Sicily ruled itself as the Kingdom of Sicily. 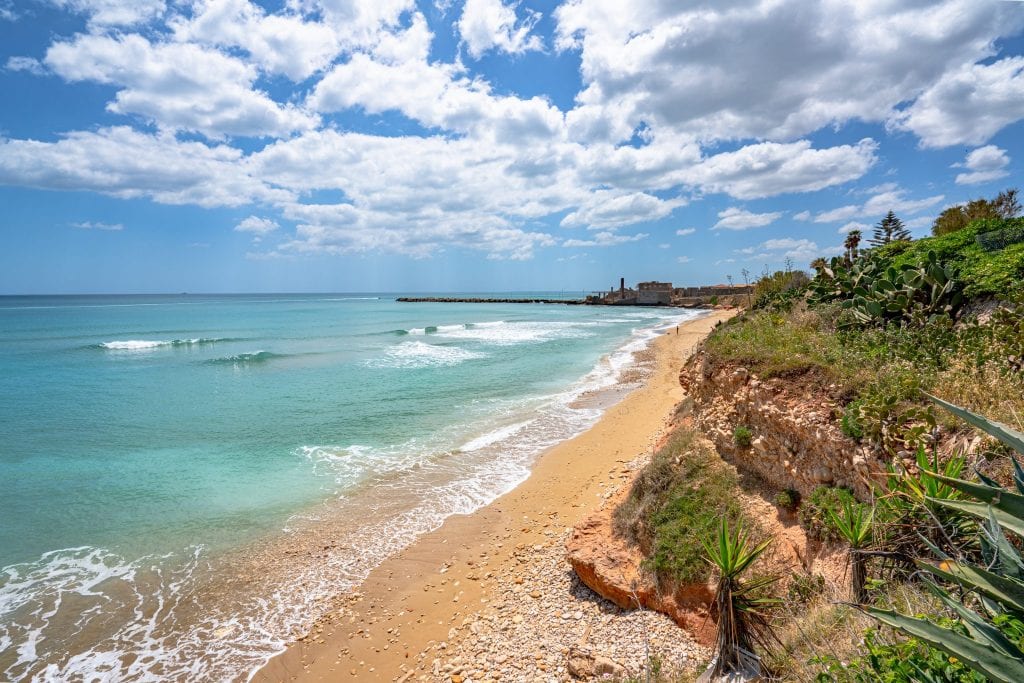 … but it has also been ruled by many of Europe’s most famous empires.

… including the Ancient Greeks, the Byzantines, the Romans, the Arabs, and the Normans, just to name a few.

READ NEXT
17 Things to Do in Palermo, Sicily's Surprising Capital City

Sicily is technically still an autonomous region of Italy.

Many of its autonomous rights aren’t put into practice at this time, but they still exist on paper. 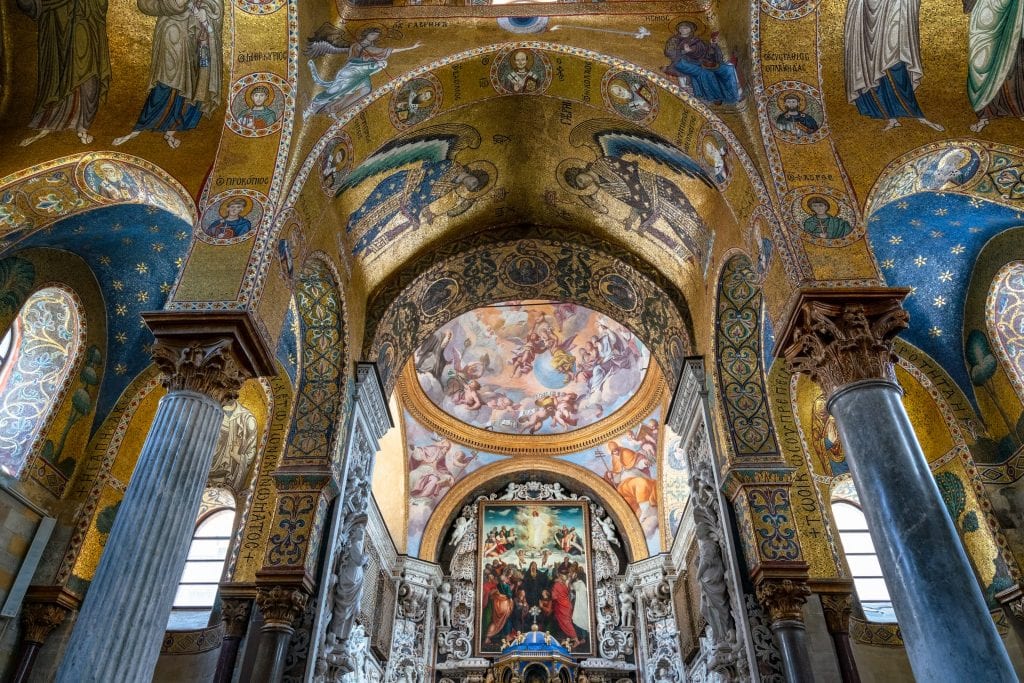 Mount Etna is the tallest active volcano in Europe.

… and it is very, very active, with rumblings every year and several notable eruptions in the last decade.

Sicily is the largest island in the Mediterranean Sea.

… and Sardinia is the second-largest. 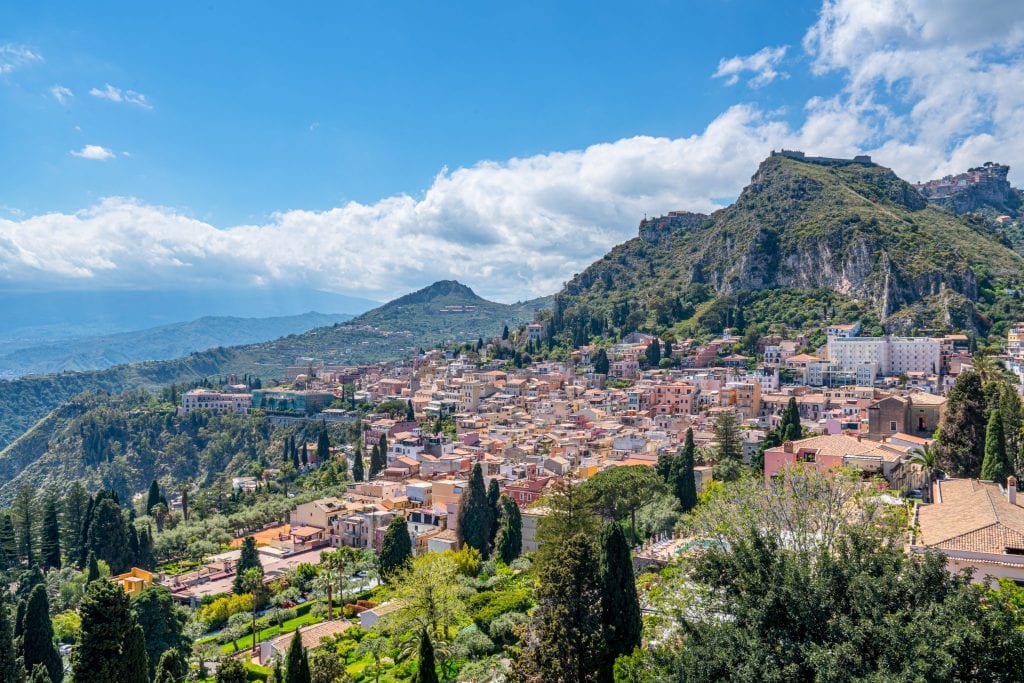 Archimedes was born in Sicily.

The famous Greek mathematician was born in Syracuse around 287 BCE and spent most of his life living in the city.

READ NEXT
11 Best Things to Do in Taormina, Sicily

A fun Sicily fact for foodies: cannoli hails from Sicily.

Originally hailing from the Palermo and Messina areas, these delicious, crunchy tubes are synonymous with Sicily.

Though they’re sold to tourists across Italy these days, they’re generally at their most accurate–and arguably tastiest–when you eat them in Sicily.

More foodie facts about Sicily: the island has its own variety of pizza.

Sfincione, or Sicilian pizza, is made with a thick crust and a generous serving of tomatoes on top, as well as potentially other toppings like anchovies, onions, and herbs.

Unlike Neapolitan pizza, sfincione generally doesn’t have a layer of cheese coating the tomato sauce, though cheese may be included as one of the toppings. Sicily has seen huge shifts in population due to emigration over the centuries.

Estimates vary, but between 1876 and 1915, it’s said that around 1.4 million Sicilians left the island in search of a better life, many of them ending up in the USA and forming part of the Italian diaspora that exists on the east coast today.

In the post-WW2 era, another 500,000 Sicilians are estimated to have left the island.

The reasons for the exodus are complex, with economic opportunity, military conscription, and natural disasters all playing a role, among many others, but there’s no doubt that the decades of emigration left a mark on the island.

READ NEXT
16 Interesting Facts About San Marino (+ How to Visit)

Today, the population is around 5 million people.

For comparison, Rome itself is home to a little under 3 million!

Sicily is surrounded by three seas.

Depending on what part of Sicily you are visiting, you might swim in the Ionian, Tyrrhenian, or Meditteranean Sea. 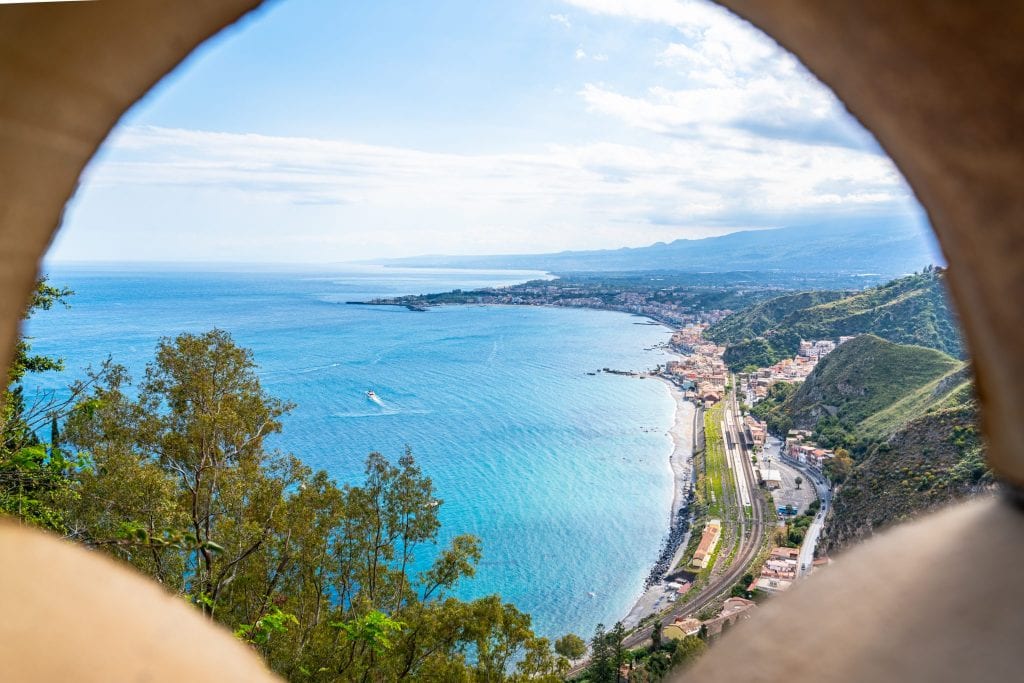 The mafia is not a Hollywood invention.

Of all these interesting facts about Sicily, the one that everyone is likely familiar with is the concept of the Sicilian mafia, or Cosa Nostra–you can thank Hollywood and especially The Godfather for that.

However, Hollywood didn’t invent the Cosa Nostra: they have been present in Sicily since the early 19th century, and Corleone, made famous by The Godfather, is a real place.

The Cosa Nostra is not a joke in Sicily, despite the Godfather merchandise sold in souvenir shops around the island, and has caused pain to innumerable Sicilians.

Today, the island continues to work to move away from the Cosa Nostra.

The largest opera house in Italy is located in Sicily.

Located in Palermo, the Teatro Massimo is not only the largest opera house in Italy, it’s the third-largest in Europe!

Of course, that depends on how you count–Milan’s La Scala does have more seats–but as far as structures go, Teatro Massimo wins the day (and has an interesting story behind it, too). 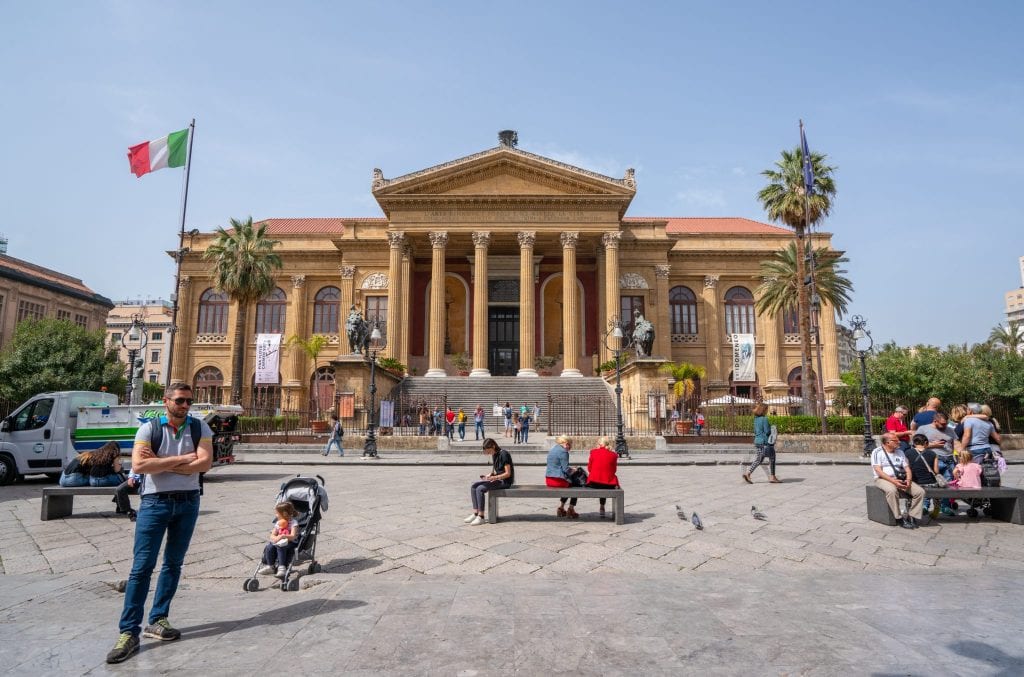 The sonnet originated in Sicily.

Giacomo da Lentini is credited with inventing the sonnet in 13th-century Palermo–I personally found this to be one of the most surprising of these interesting facts about Sicily, given how readily we associate sonnets with Shakespeare these days.